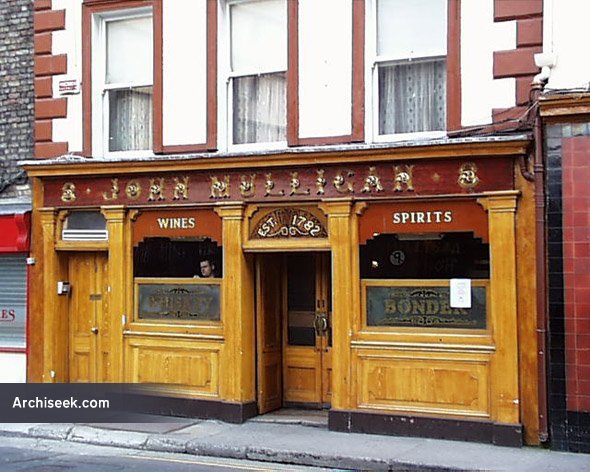 Mulligan’s pub was founded in 1782 and retains much of its original character with its low ceiling and wooden bar. Due to its proximity to the former Irish Press offices, it was a popular haunt among journalists and writers. A sequence of interconnected rooms – the rear room was the setting for a scene in James Joyce’s Dubliners. One of the other rooms has some Art Deco touches, along with a facade.