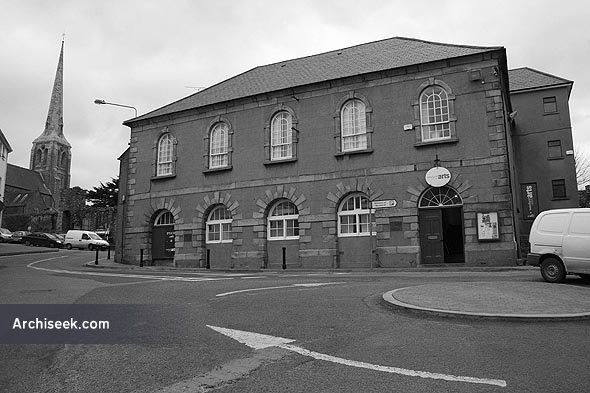 Building of a market house commenced in 1772 by Wexford Corporation and was completed in 1776. The lower windows of today were arched recesses for the traders, a reminder of its market house days. Inside was a magnificent ballroom and supper room. The Protestants of Wexford formed the Brunswick club here in 1882. The founder of the Methodists, John Wesley is said to have preached here and recorded in his journal that it was one of the best public rooms he had ever spoken in.

Following renovation, the assembly rooms as they were also known were popular venues for lectures and musical evenings well into this century and people such as Percy French, composer of “The Mountains of Mourne” among other popular songs appeared on a number of occasions. It became the headquarters of Wexford Corporation in the early part of this century and was known as the Town Hall. It opened its doors as the Wexford Arts Centre in 1974 and has been providing art and entertainment for native and visitor alike ever since.