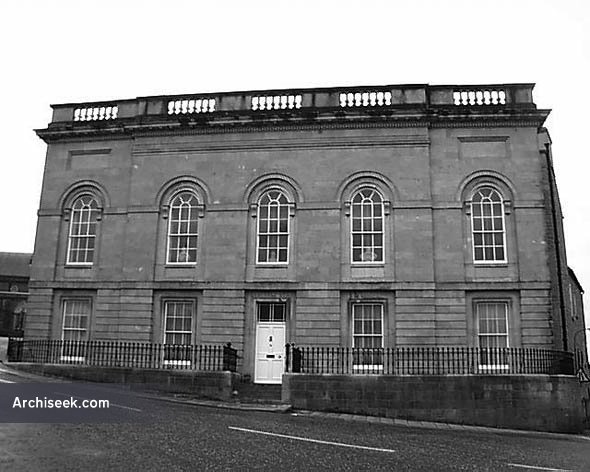 The side elevation could be a different building: the round-headed windows are gone, instead simple pedimented surrounds over rectalinear windows flank a central bay with a blank shallow niche. A beautifully proportioned building which is well maintained.