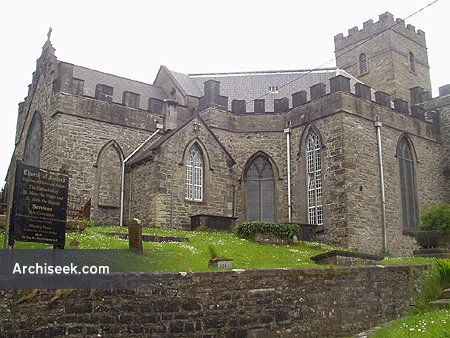 A much modified Georgian Cathedral with Victorian glass and fitttings from 1890, the Cathedral of St. Mary the Virgin and St. John the Baptist, John Street, is the oldest building still in continuous use in Sligo Town.

The annals of the Four Masters mentions a monastic foundation at the location of the Cathedral in 1245. In 1730, the German architect Richard Cassels came to Ireland to build Hazelwood House for the Wynnes. He was commissioned to design St. John’s. The Cathedral was described in 1752 by Pococke – “The church is the design of Mr. Cassels, it is in the form of a cross with galleries at every end, except the east. The roof is a curious piece of work.”