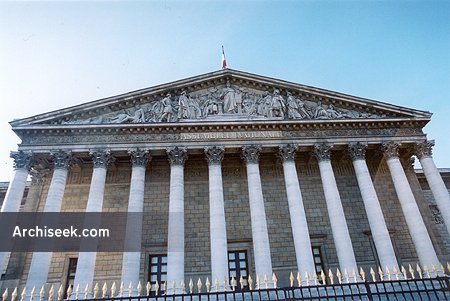 The Assemblée Nationale is a building with a varied history of ownership, redevelopment and differant purposes. In 1792, it was confiscated and redeveloped as a Parliament building. The twelve column porch was added for Napoleon between 1803-7. The carved sculpture is entitled “France collecting the genius of human deeds between Order and Strength” was created by Jean-Pierre Cortot. The interior contains many lavishly decorated rooms with works by Horace Vernet, Eugène Delacroix and Jules de Joly.