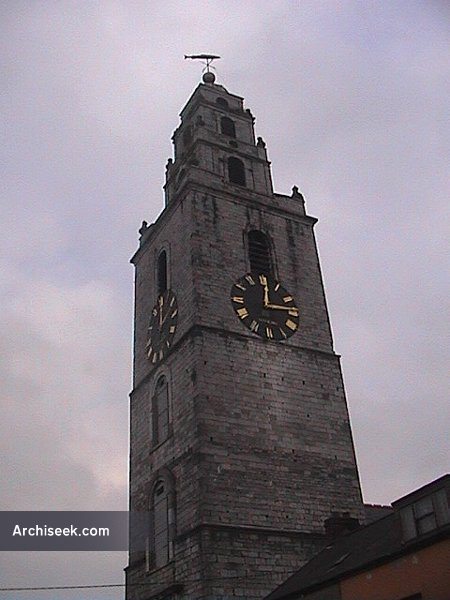 St. Anne’s in Shandon is known more for its bells than the structure that houses them, due to the famous song “The Bells of Shandon” written by Francis Sylvester Mahony. It is a prominent landmark in the city being sited on top of a hillside overlooking the river Lee. The church was built in 1726 on the site of an earlier church, which had been destroyed during in 1690. Two of the sides of the tower are of limestone and two of sandstone, creating an unusual effect as you walk around the building. The stepped stages on top of the tower, the final stage with a dome, give the church its distinctive appearance. The large weather vane on top is in the form of a gold fish.