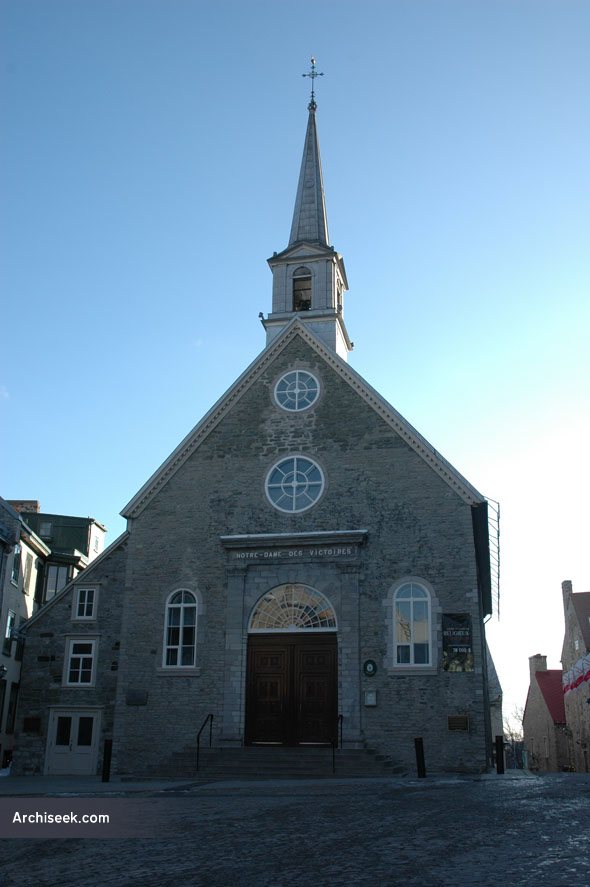 Notre-Dame-des-Victoires, a small church in the Lower Town, started in 1687 and was completed in 1723. Originally dedicated to l’Enfant Jésus, in 1690 it received the name Notre-Dame-de-la-Victoire following the retreat of the British Admiral Phipps. In 1711, its name was changed again, to Notre-Dame-des-Victoires, after bad weather had sunk a British fleet commanded by Admiral Walker. The church was largely destroyed by the British bombardment that preceded the Battle of the Plains of Abraham in September 1759. A complete restoration of the church was finished in 1816. The church, which was listed as a historic monument in 1929, remains a popular tourist attraction within the city, as well as a place of worship. It has undergone extensive restoration in recent decades, to restore its original “New France” character.