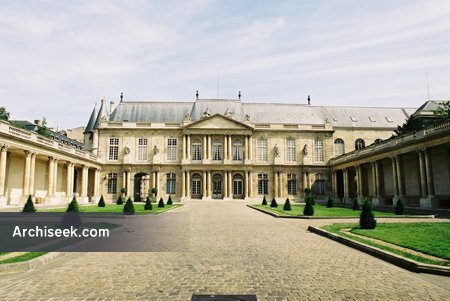 Now used as the National Archives, this was originally built as a home for Francois de Rohan, Prince of Soubise. The house has a massive forecourt surrounded by a double pillared colonnade. The facade of the building has a fine two storey corps-de-logis with sculptural decoration. The building was extended by Germain Boffrand between 1732-39, There is also a fine entrance gateway from Rue des Francs-Bourgeois.