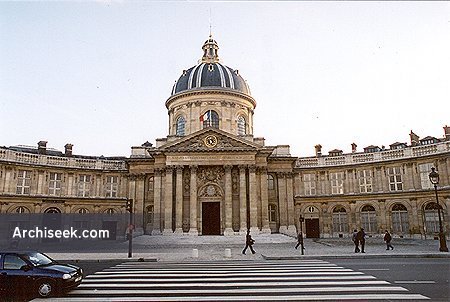 Originally built as a college for students from conquered states, the building included a public library and a chapel. The building with its baroque decor and strong symmetrical design has at its centre the chapel with a grand entrance and dome. Since 1805, it has been the headquarters of the Institut de France.