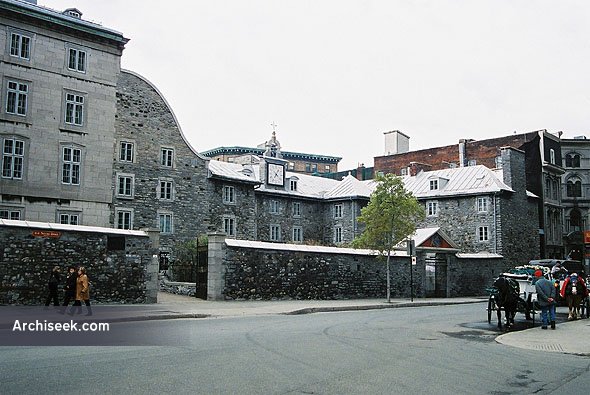 Saint-Sulpice Seminary (Vieux Séminaire) was erected between 1684 and 1687 and is the oldest building in Montreal. 20 years later, the building was extended by Messrs of Saint-Sulpice who ran the Notre-Dame parish and were seigneurs of the island of Montréal for nearly two centuries. This striking historical structure, a true symbol of continuity, is a prime example of the institutional architecture in New France. Its clock that dates back to 1701, would be the oldest of its kind in N. America.