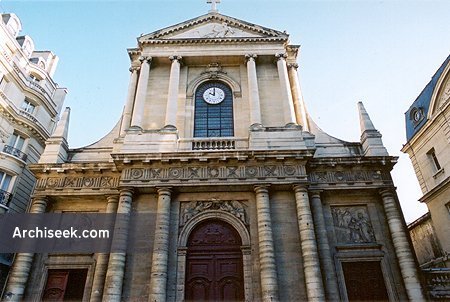 Originally a Dominican monastery, the church of St Thomas Aquineas was built in nine months although the facade was later finished between 1765 and 1770. The main facade is a simple design in the style of the Counter-Reformation. The church is sited on quiet plaza down a side street.

The interior of the church has three aisles of four bays with a barrel vault and Corinthian coloumns with a semi-circular apse. It has been in use as a parish church since 1803.