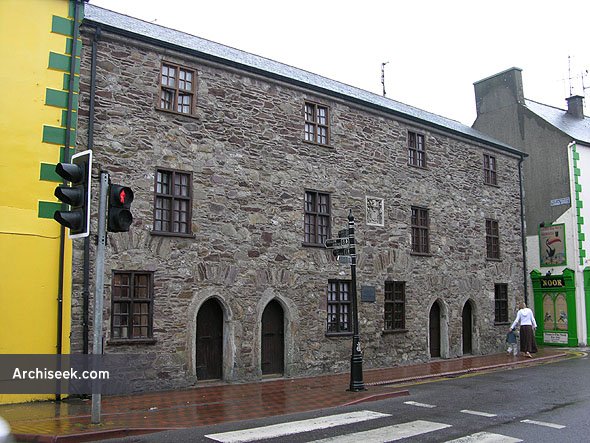 Endowed by Sir Richard Boyle to house six old soldiers, who were to receive a pension of £5 per annum. This service was later extended to include widows. The six houses were built in 1610 and continued in use in their original form until the mid-19th century, when some alterations took place.