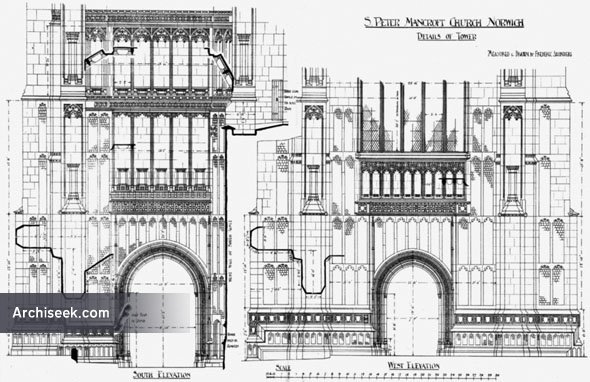 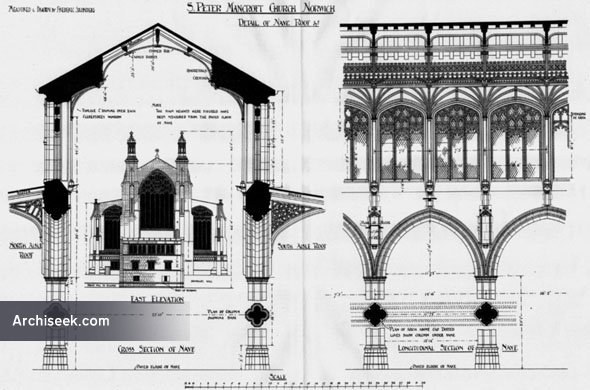 The present St. Peter’s stands to the south of the provision market and was built in the mid 15th century. The dedication of the church is to St. Peter and St. Paul but it is known locally as St. Peter Mancroft. The architecture of the present church is typical of the Perpendicular period of English Gothic; a cruciform with a massive west tower, large windows and graceful columns reaching to a row of clerestory windows. The great east window contains the largest surviving collection of medieval painted glass in the city. Much of it is thought to have been made by Flemish glass makers, some of the immigrant workers who found their way to Norwich when it was the second city in England after London. In the English Civil War five windows were destroyed in a huge explosion nearby, the east window contains fragments from these windows and is a kaleidoscope of colour and imagery. The interior of St. Peter’s is flooded with light.