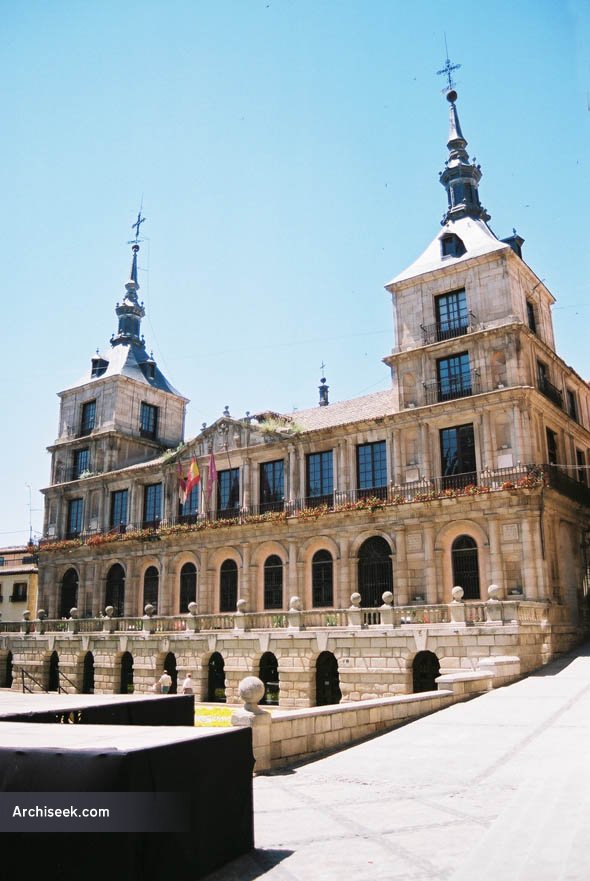 The townhall or Ayuntamiento is a fine building in a Spanish baroque style, complete with square corner turrets. Its distinctive shape took many years to carry out, as its construction began in 1575 to a design by Juan Herrera. The initial severity of the main facade is due to Herrera. Nicolás de Vergara El Mozo and Juan Bautista Monegro were responsible for the first floor. Jorge Manuel Theotocópulos completed the upper floor at the beginning of the 17th Century.