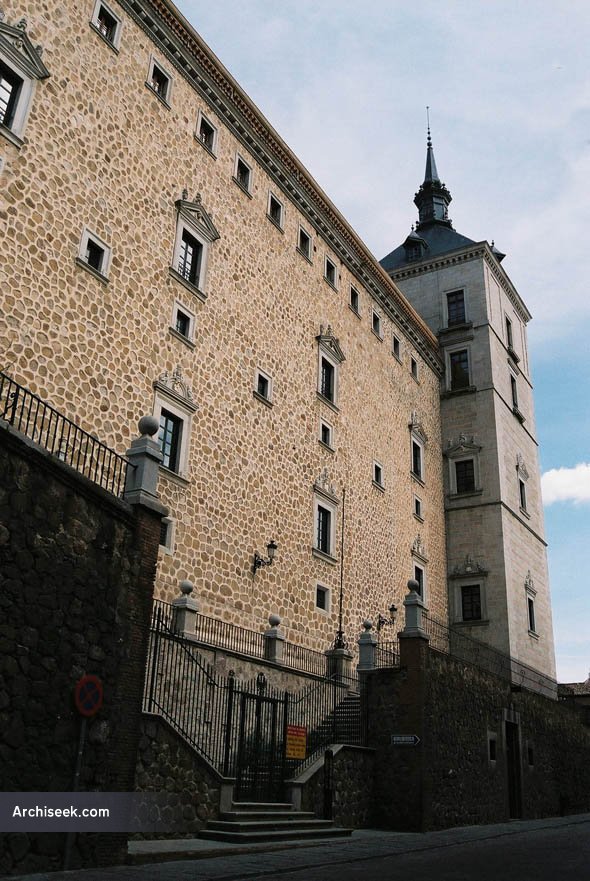 The Alcázar of Toledo is a stone fortification located in the highest part of Toledo, Spain. It was constructed under Alfonso VI and Alfonso X and renovated in 1535. During the Spanish Civil War, nationalist Colonel Jose Moscardo Ituarte held the building against overwhelming Spanish Republican forces in the Siege of the Alcazar. The events of the Spanish Civil War at the Alcázar made the structure a symbol for the Spanish Nationalism and inspired the naming of El Alcazar, a far-right newspaper that began during the civil war. By the end of the siege, the building had been severely damaged. After the war, it was rebuilt and now houses the Castilla-La Mancha Regional Library and the Museum of the Army.