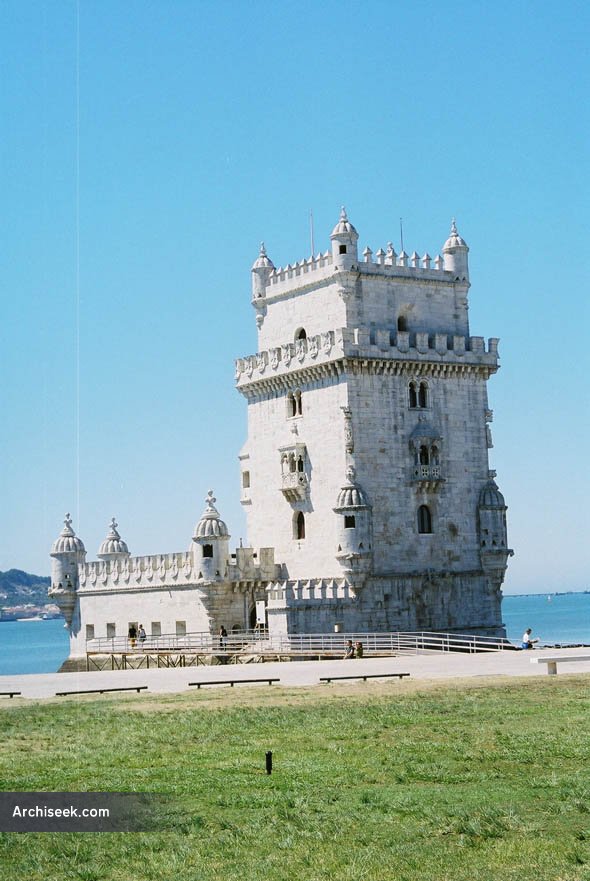 The Torré de Belém stands on the bank of the Tagus where it widens into a large bay. Originally conceived as a lighthouse and simultaneously a defensive fortress for the port of Restelo, Manuel I had the tower built in 1515 on a small island off the river bank. Many old views of the city show the Torré de Belém at a distance from the mainland surrounded by the waters of the Tagus. A former, older tower on the opposite bank and Belém’s fortress tower were supposed to afford maximum protection for the harbor. A general shift in the location of the river bank has resulted in the tower now standing on the mainland right on the water’s edge: a footbridge leads across an artificial basin to the entrance to the tower.

Francisco de Arruda began the construction in 1515 in the Manueline style. He had studied with his older brother Diogo de Arruda, had then worked for some time in north Africa and was thus acquainted with the elements of the Arabic style – one of the reasons for the obvious Moorish influences in his work.