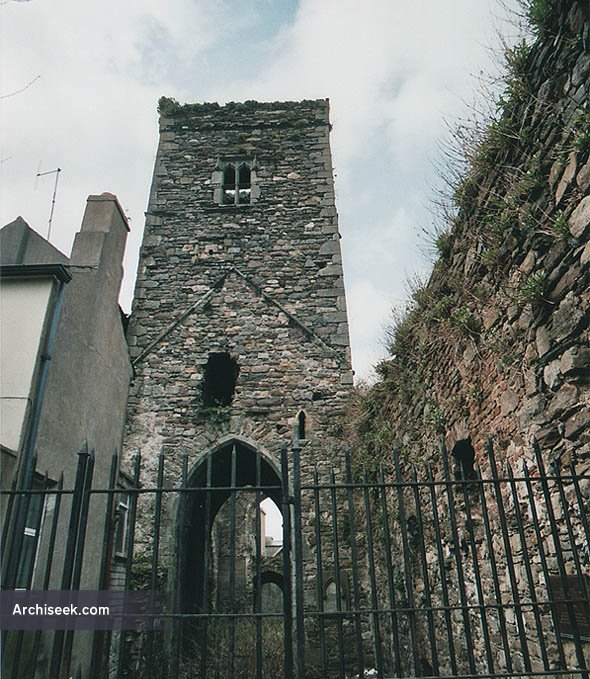 According to Lewis’s Topographical Dictionary “A monastery for Dominican or Black Friars, called also Friars Preachers, who were introduced into Ireland in 1226, was founded by the citizens, who for that purpose applied to Henry III. for liberty to erect their house on a piece of ground adjoining Arundel’s Castle, and on which stood the rains of an ancient tower. The establishment continued to flourish under the patronage of several monarchs; and at the Dissolution the buildings, which were very exten-sive, but in a ruinous condition, were granted in capite, with some parcels of land, to James White, at an annual rent of 4s. The only existing remains are the chancel of the church and the belfry. The entrance to the former is through an arched doorway, highly ornamented with rope mouldings and surmounted by a spacious window; the interior consists of two apart-ments, low and gloomy, with vaulted roofs supported on groined arches. The belfry is a lofty square tower of massive thickness, having a staircase leading to the summit, from which is obtained an interesting view, especially over the old portion of the city”.