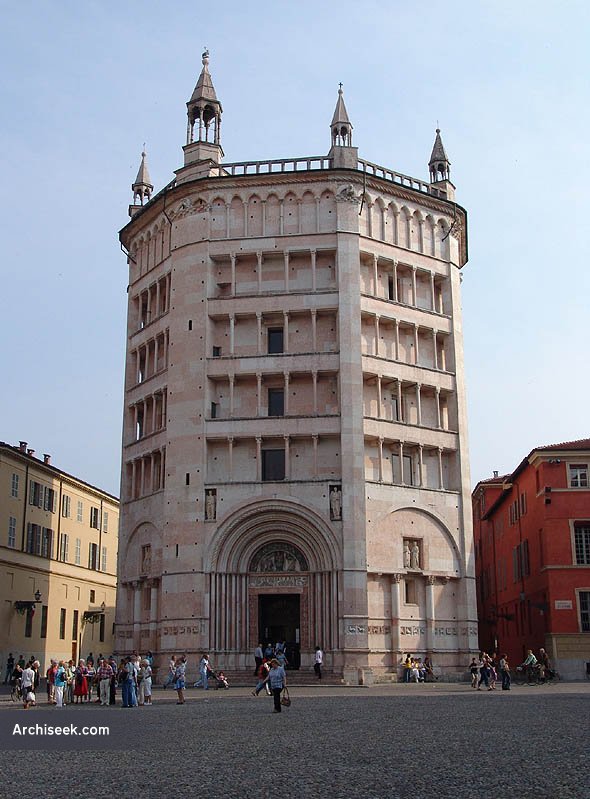 The baptistery of the Cathedral of Parma, is considered to be a transition between Romanesque and Gothic architecture, and is one of the most important Medieval monuments in Europe. The Baptistry was commissioned to Benedetto Antelami by the City Council of Parma in 1196. The outside of pink Verona Marble is octagonal. The inside contains sixteen arches, forming alcoves each containing a painted scene. All of these are rare 13th and 14th Century frescoes and paintings.