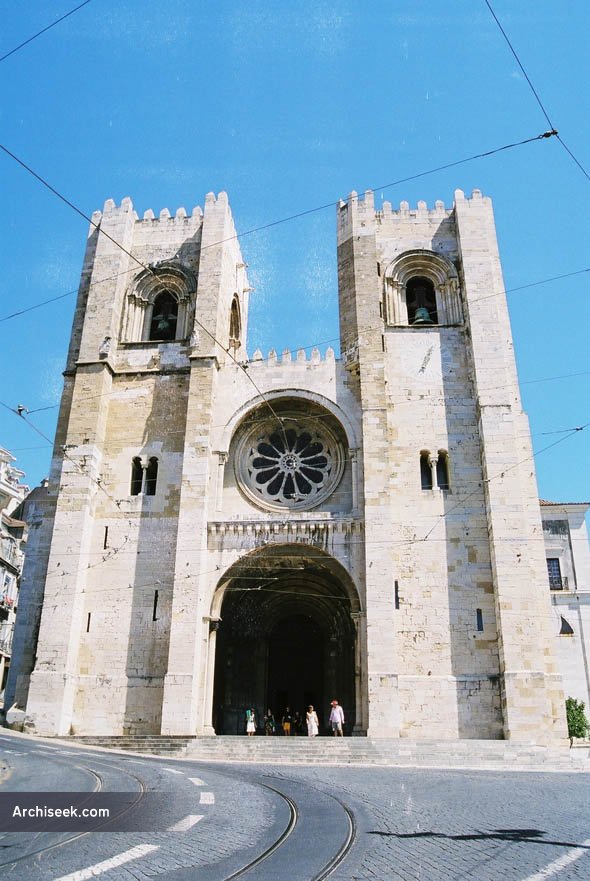 Lisbon’s cathedral, called the Sé Patriarchal, is one of the largest constructions of Romanesque origin in Portugal. The Portuguese word Sé, meaning cathedral, comes from the word sede meaning bishop’s seat. The origins of the church date back to the 12th century. After the conquest of the city by the first king of Portugal, Afonso Henriques, the construction of a church was quickly begun on a site on which a mosque had stood until then.

Over the centuries the church has been destroyed several times by earthquakes, the first time in 1344. Rebuilding of the cathedral has resulted in a continual change of appearance. At the beginning of the 14th century Afonso IV had the church enlarged. In 1380, after a powerful earthquake, the present facade, with its fortress-like towers, was erected. In the 18th century two Baroque spires were added. These were later removed in order to emphasise the Romanesque.