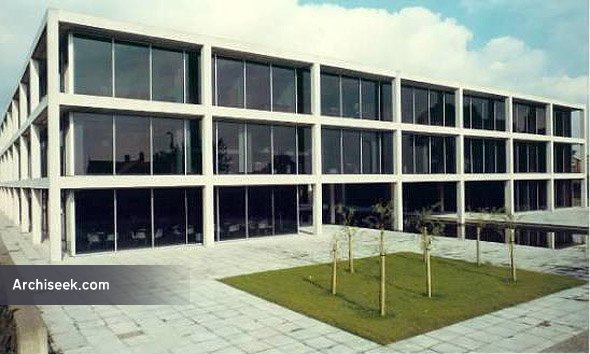 The Merrion Hall office building provided accommodation for Irish Shipping Limited, Coras Trachtala (The Irish Export Board) and The Irish Goods Council. The site, on Strand Road, Sandymount, which had been acquired by Irish Shipping Limited some time previously, was developed by the Property Corporation of Ireland in 1973 and became the Head Office of Irish Shipping Limited from March, 1974. The Irish semi-state bodies took leases against the advice of the government of the day as the site was prone to flooding and beneath the hightide line of the neighbouring bay.