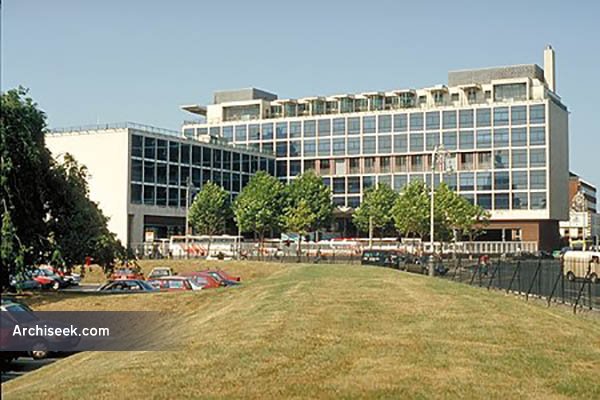 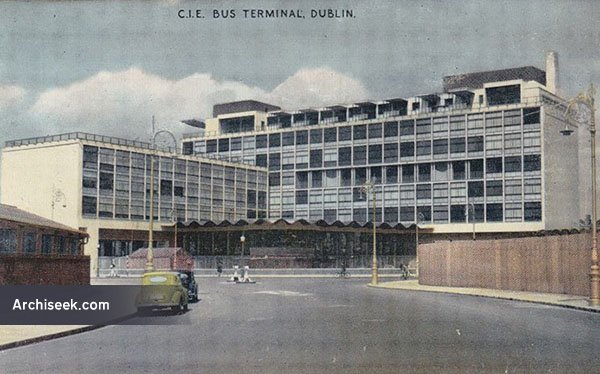 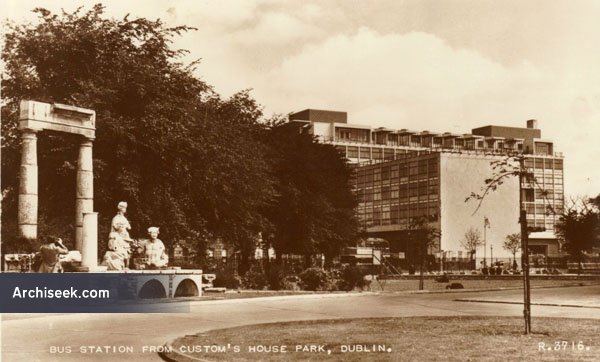 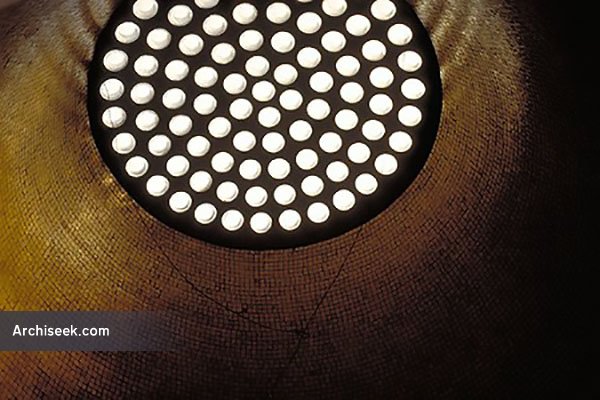 Busáras is one of the first post Second World War examples of the International Modern style in Europe. Busáras was designed by Michael Scott and his team of young architects and designers between 1945 and 1953. It was built against a background of public opposition which centred on the external appearance, function and excessive cost – over 1,000,000 before completion in 1953.

Editor`s Note – Busaras was the subject of a research thesis in 1994-96 at the National College of Art and Design. It is hoped to publish it in its entireity soon.