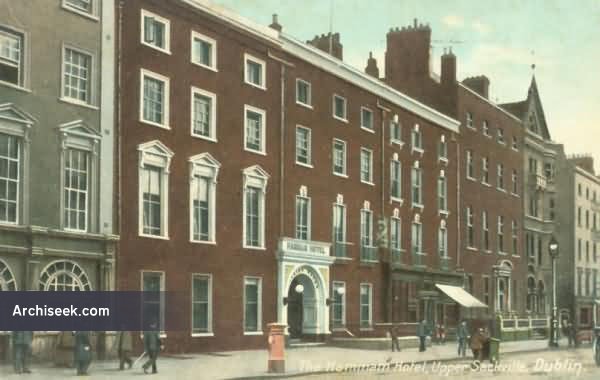 Dr Richard Barter’s second Turkish bath in Dublin was built as an extension at the rear of Reynold’s Hotel at 11 and 12 Upper Sackville Street. The baths were built behind the hotel which had thirty bedrooms. These, and the public rooms, a grand archway entrance, were refurbished and the establishment renamed the Hammam Family Hotel and Turkish Baths in 1869. Destroyed on 5 July 1922 during the civil war. Although the proprietor claimed compensation from the Town Clerk amounting to £100,000, the Hammam never reopened. The replacement structure was named Hammam Buildings.