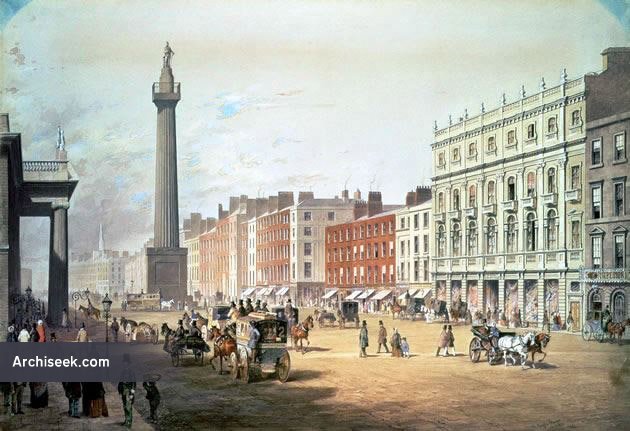 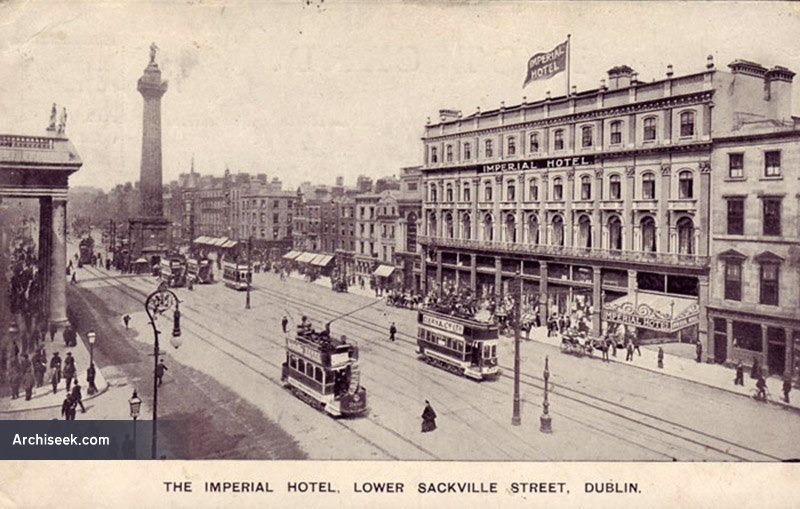 Opened in May 1853 when McSwiney, Delany and Co. opened ‘The New or Palatial Mart’ opposite the General Post Office. In 1883, the premises was taken over and renamed by M.J. Clery, the name under which it trades to its closure in 2015. This imposing building which dominated the eastern side of Sackville Street, also included the Imperial Hotel in its upper floors. Built in two stages, originally of eight bays, later three were added. 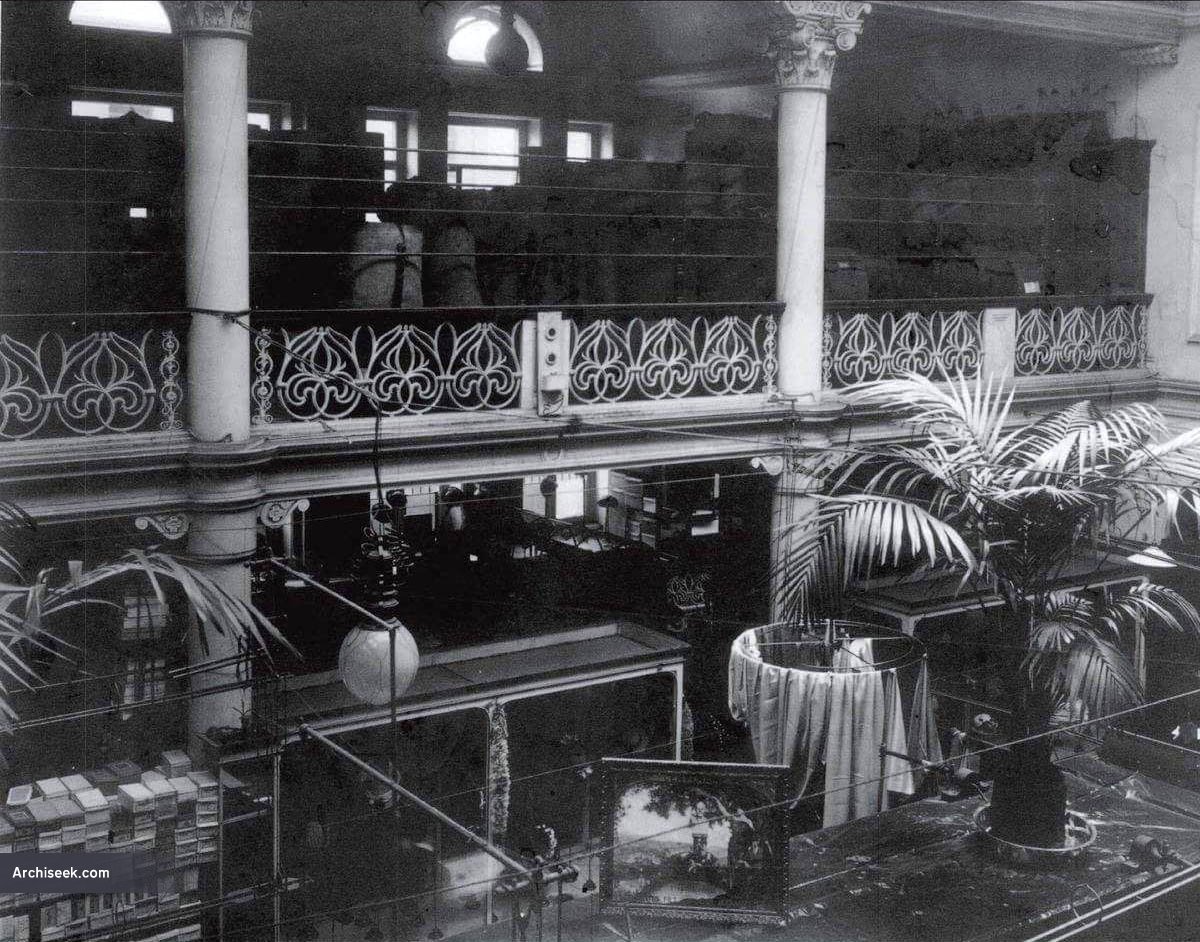 The imposing facade is believed to have been designed by William Caldbeck, an amateur architect, who also designed Brown Thomas’s original façade on Grafton Street, and Todds of Limerick a few years before. The store’s ground floor was quite tall, with massive plate glass windows to entice the shopper inside.

The current building dates from 1922 after the illustrated store was completely destroyed in the 1916 Easter Rising. Little remained of the building except for its main facade. After reconstruction, it was rebuilt without the hotel accommodation.