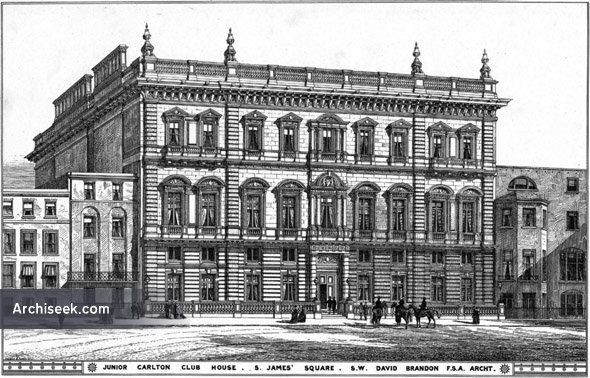 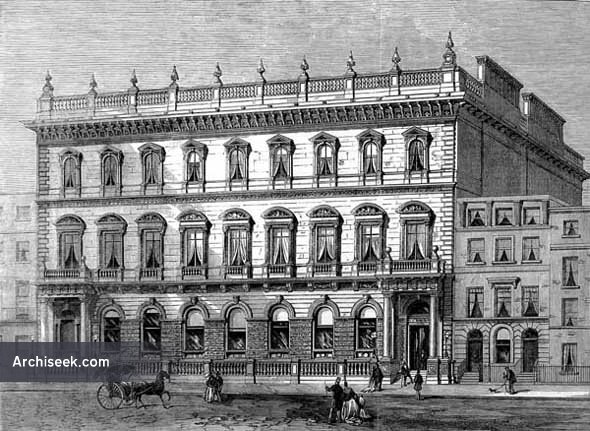 The Junior Carlton Club was a London gentlemen’s club, now dissolved, which was established in 1866 and was disbanded in 1977. Anticipating the forthcoming Second Reform Act under Benjamin Disraeli, numerous prospective electors decided to form a club closely aligned to the Conservative party. The club styled itself the Junior Carlton after the Carlton Club, which had a fixed number of members, and a lengthy waiting list, and so was therefore likely to remain out of the reach of these newly-enfranchised electors.

From 1869, the club was housed in sumptuous premises at 30 Pall Mall designed by David Brandon, which it occupied well into the twentieth century. In 1963, the Junior Carlton’s committee decided to proceed with the sale of the existing Junior Carlton building, and use part of the proceeds to purchase the site of the old Carlton, which had suffered a direct hit during the Blitz,. They opted to construct a bold new building described at the time as “the club of the future” . The resulting concrete block, decorated to 1960s architectural tastes, opened in 1968 and is still in use today as an office building. It proved so abhorrent to the membership that they fled in droves. By 1977, the club was wound down and its few remaining members formally merged with the Carlton.