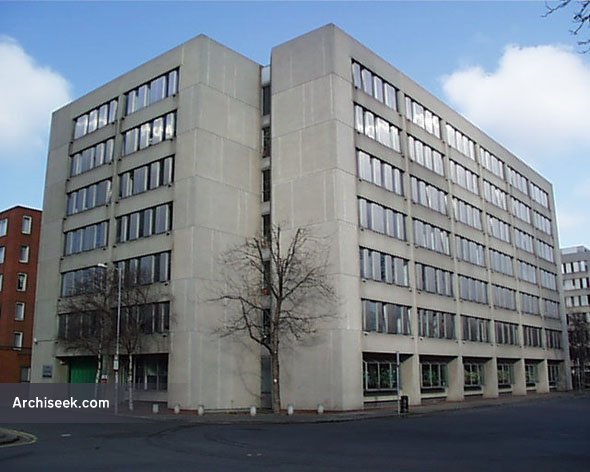 Some extravagant plans were drawn up for this site including a design by Stephenson Gibney & Associates of three twelve storey towers with a facade treatment like their original designs for Wood Quay. This proposed development had 300,000 square foot of office space. By 1973 this had been scaled down to nine storey towers. With the fuel crisis of the 1970s, these deep plan buildings became unrealistic as they required air conditioning. Even though Stephenson produced a new design based on glass prisms, he lost the commission.

By 1979, the site has passed to new owners, and the IDA had agreed to rent the bulk of the office space. Finally completed in 1984, the building looks like a fortress with its granite walls pierced by windows interspersed with stainless steel panels. The building is split into Wilton Park House and Gardiner House. Luke Gardiner would have spun in his grave. Demolished.