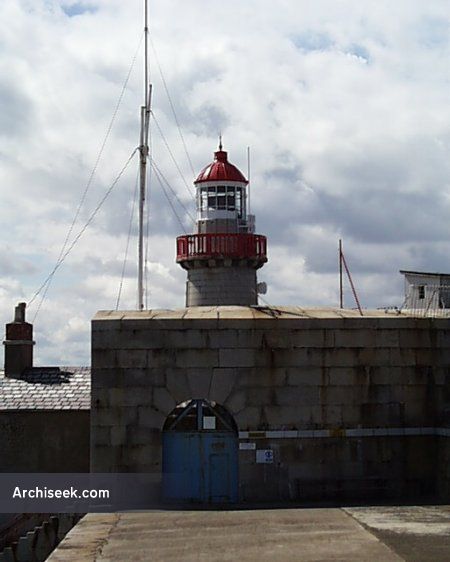 This permanent lighthouse and dwelling was designed by Chief Engineer with the Ballast Board, George Halpin, with some later alterations by Jacob Owen. The cost of the granite tower was £937. The light was established on 1st October 1847, 41 feet above high water, and of 12,000 candle-power. As early as 1877 there were suggestions for improving the power and range of the Kingstown lights. In 1892, the City of Dublin Steam Packet Company, which had a monopoly on the Holyhead-Kingstown mail route, complained to the Commissioners of the poor harbour lighting. An Inspection Committee was established and alterations recommended. The tower on the east pier was heightened by 12 feet, thus casting a beam on the Mugglin rocks off Dalkey for the first time. The lighthouse was fully automated on 31 October 1977.