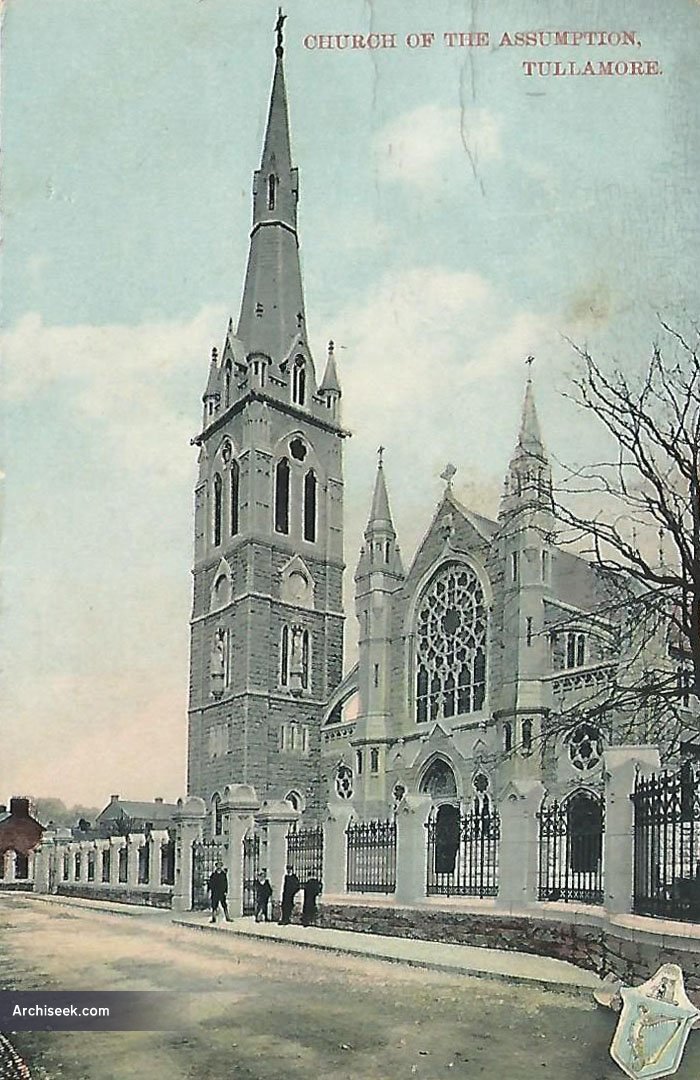 A new Gothic style Church erected to a design of the architect William Hague and carried out under superintendence of T.F.McNamara. Replacing an older church on the site, work on the building commenced in 1898 and the church opened 7 October 7 1906. This Church was destroyed by fire on the 31st of October 1983 and the new Church was rebuilt by John Flanagan & Sons of Tullamore, under the supervision of architect Edward N. Smith.

Some the exterior stone-work, was incorporated in the new church. The spire remains complete but the main front lost the spirelets and the main entrance was closed up. The new church was built to the rear.