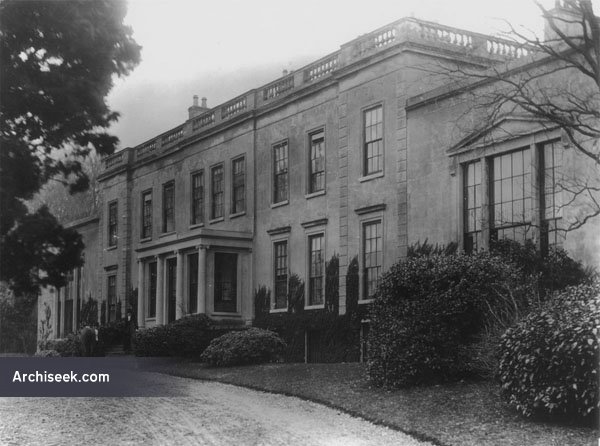 A large nine bay, two-storey over basement house with single-bay substantial pavilions to each end. The house and demense changed hands many times over the years. In 1776, the demesne was purchased by Arthur Wolfe, a prominent lawyer and MP. Wolfe subsequently became Lord Chief Justice of Ireland and was raised to the peerage as Viscount Kilwarden. He was assassinated on his way from Newlands to the city by some out-of-control insurgents during Robert Emmett’s rebellion in 1803. After Kilwarden’s death, Newlands was rented by George Ponsonby for a couple of years when he was Lord Chancellor of Ireland 1806/07. He subsequently became Leader of the Whig party in the British House of Commons. The White Quakers, under their leader, Joshua Jacob, occupied the Demesne from 1845 to 1851 and cultivated food crops on the land for their own consumption. After many years serving as the clubhouse of Newlands Golf Club – they purchased the demense in the 1920s – it was demolished in 1981. The site of the house is now a carpark.