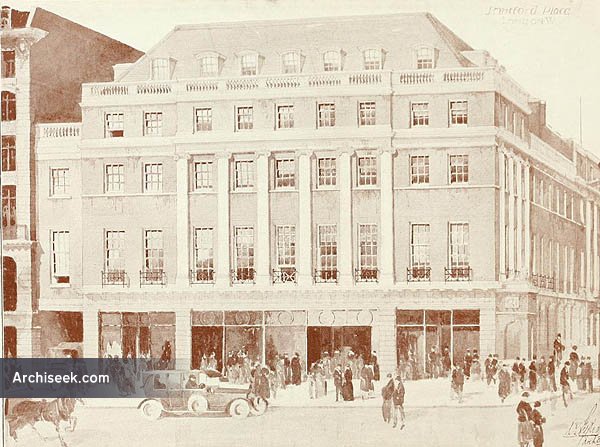 From The Building News, September 12 1919: “This work ‘is now about to proceed after great delay ovi-ing to the war. The question as to how the rebuilding should be done has been the cause of some con- troversy. Originally it was in-oposed to make the new building to matclh as far as possible the London County and West- minster Bank on the opposite side of Stratford Place, but a strongly expressed opinion from residents and others led to the design being made as illusti-ated, following as closely as possible the original work. The drawing reproduced was ex- hibited at the Roval Academy this sum- mer. Mr. Arthur Sykes, F.R.LB.A., of Finsbui-v’ Pavement, E.G., is the architect.”