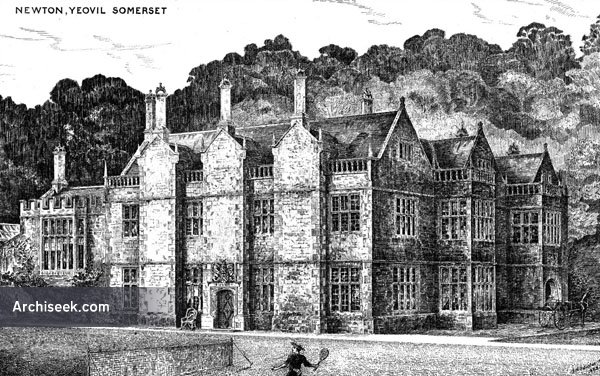 *The house, which is also known as Newton House, was built between 1608 and 1612, on the site of an earlier building, but was extensively altered and enhanced in the 1870s. It was built for Robert Harbin, a Yeovil merchant. The house still contained much of its original furniture and an eclectic library of many thousands of volumes. There were also 17th-century tapestries, portraying scenes of “Elijah Rising into Heaven and the Melting of the Golden Calf” in sculpted gold frames, and collections of antique pewter and pistols and swords. Some of the contents were given to the Somerset County Museum, the Somerset Military Museum and auctioned at Sothebys in London; others were sold at auction at the house itself in October 2007. It has been designated by English Heritage as a Grade I listed building.