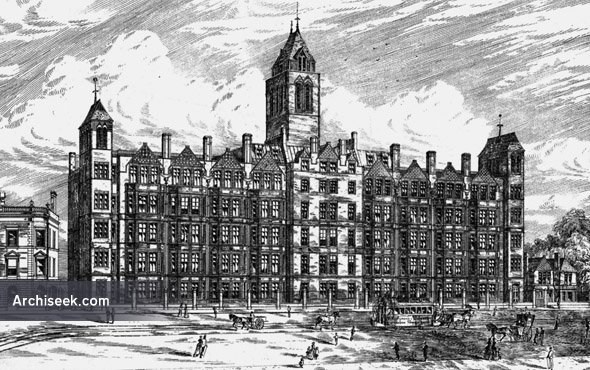 Published in The Building Newsm March 13th 1885. In 1881 plans were drawn up by H.H. Bridgeman for a large scheme. However, Bridgman’s scheme was not carried as planned. One part of Bridgman’s scheme that was built was a large block for chronic, infirm and bed-ridden patients at the south of the site. It was originally known as the Cook’s Terrace block, and later as the South Wing. Completed in 1885, it accommodated 400 inmates. Now St. Pancras Hospital.