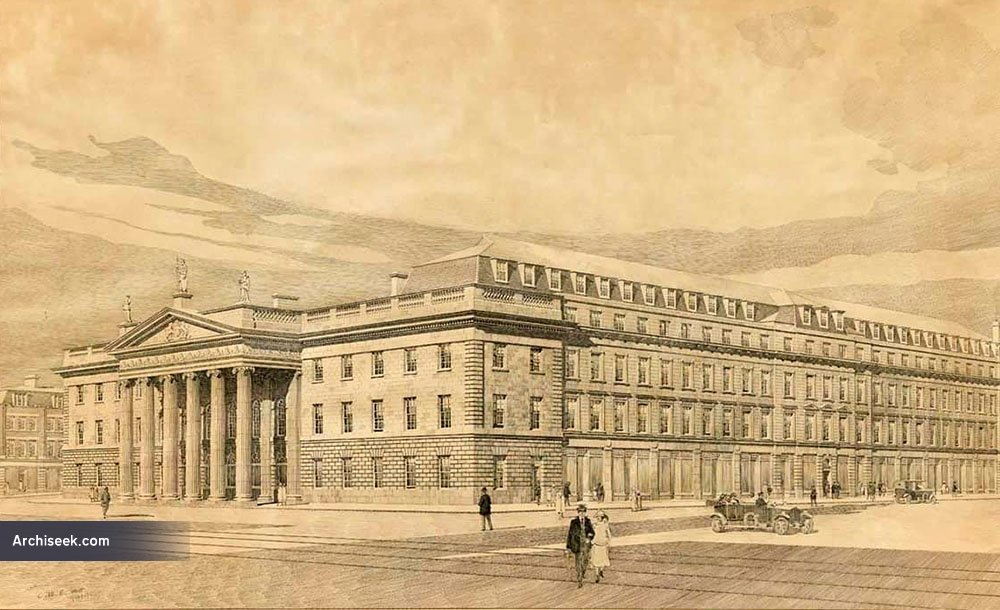 Reconstruction of the General Post Office after destruction during Easter 1916. A large range was added to the Henry Street side providing office and commercial space at street level. With four storeys and a mansard floor, the design was largely completed as illustrated except for the mansard roof not being continued over the first two bays of the original building at the corner of Henry and O’Connell Streets. Of note, the Royal Coat-of-arms of the United Kingdom is still illustrated in the pediment of the original block.