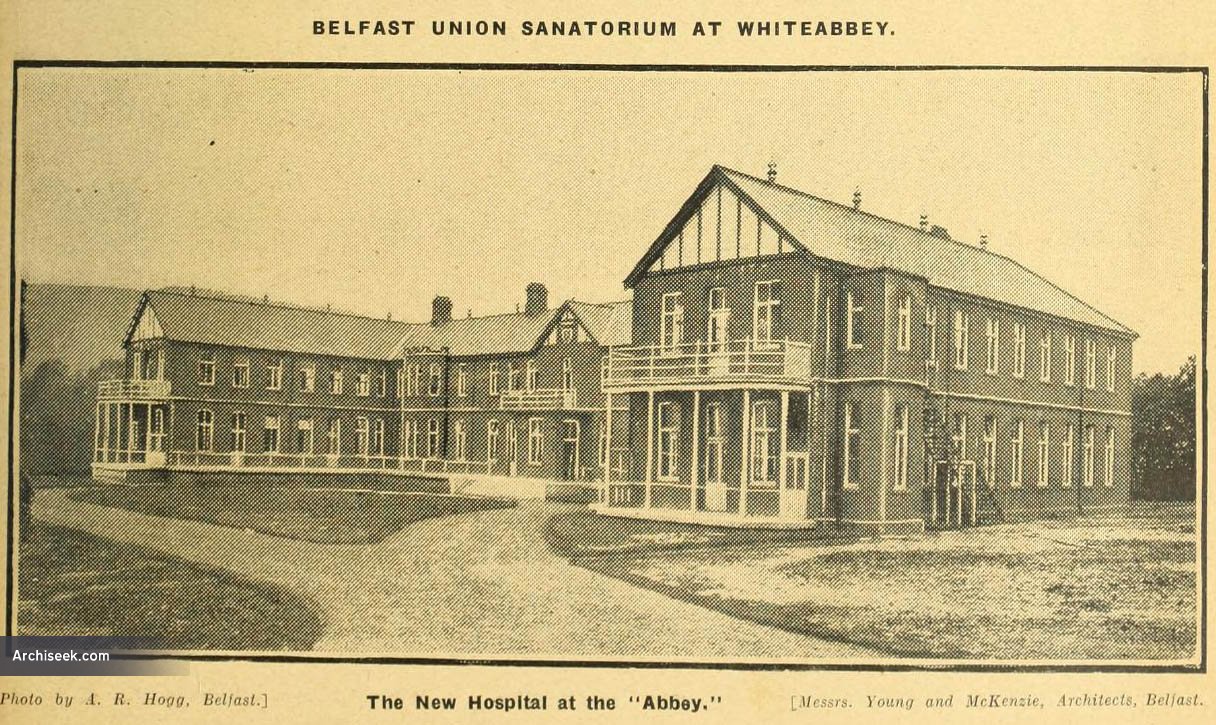 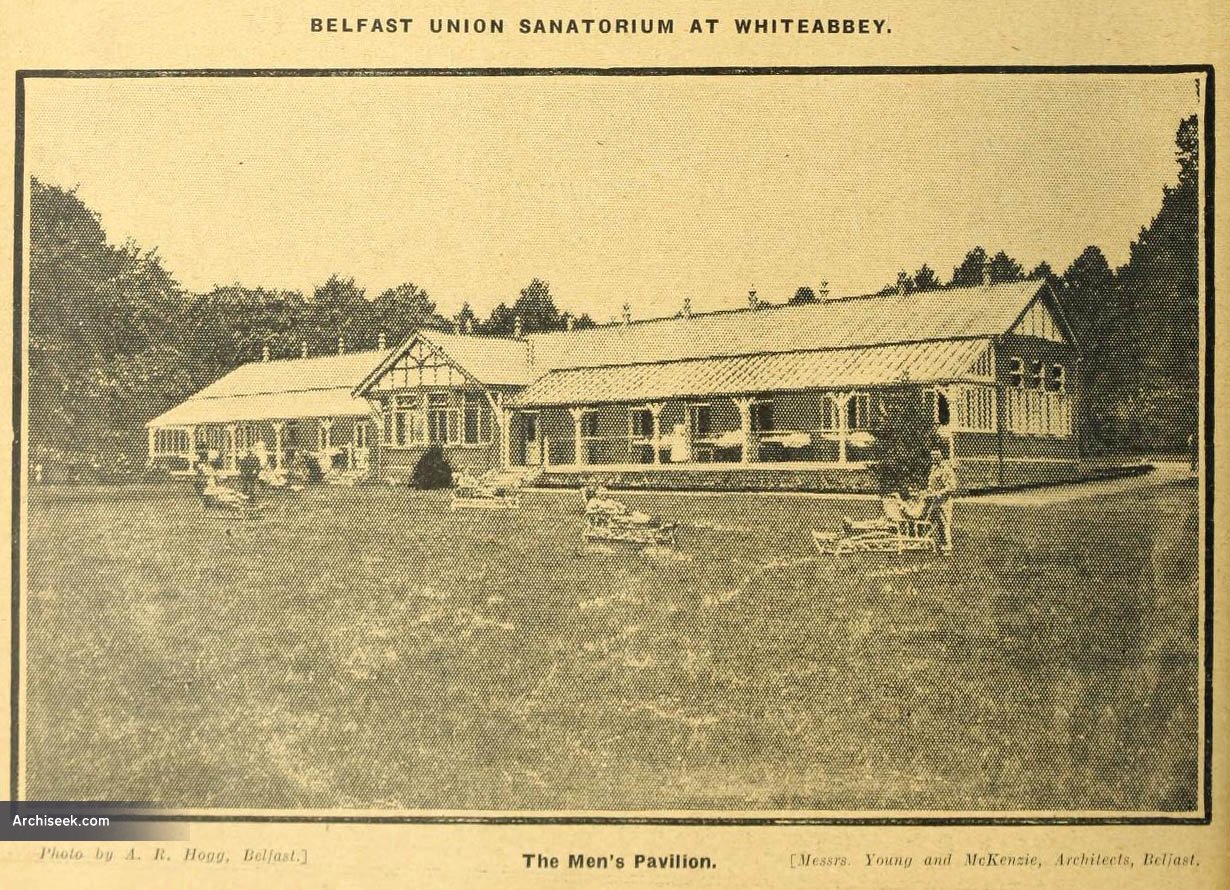 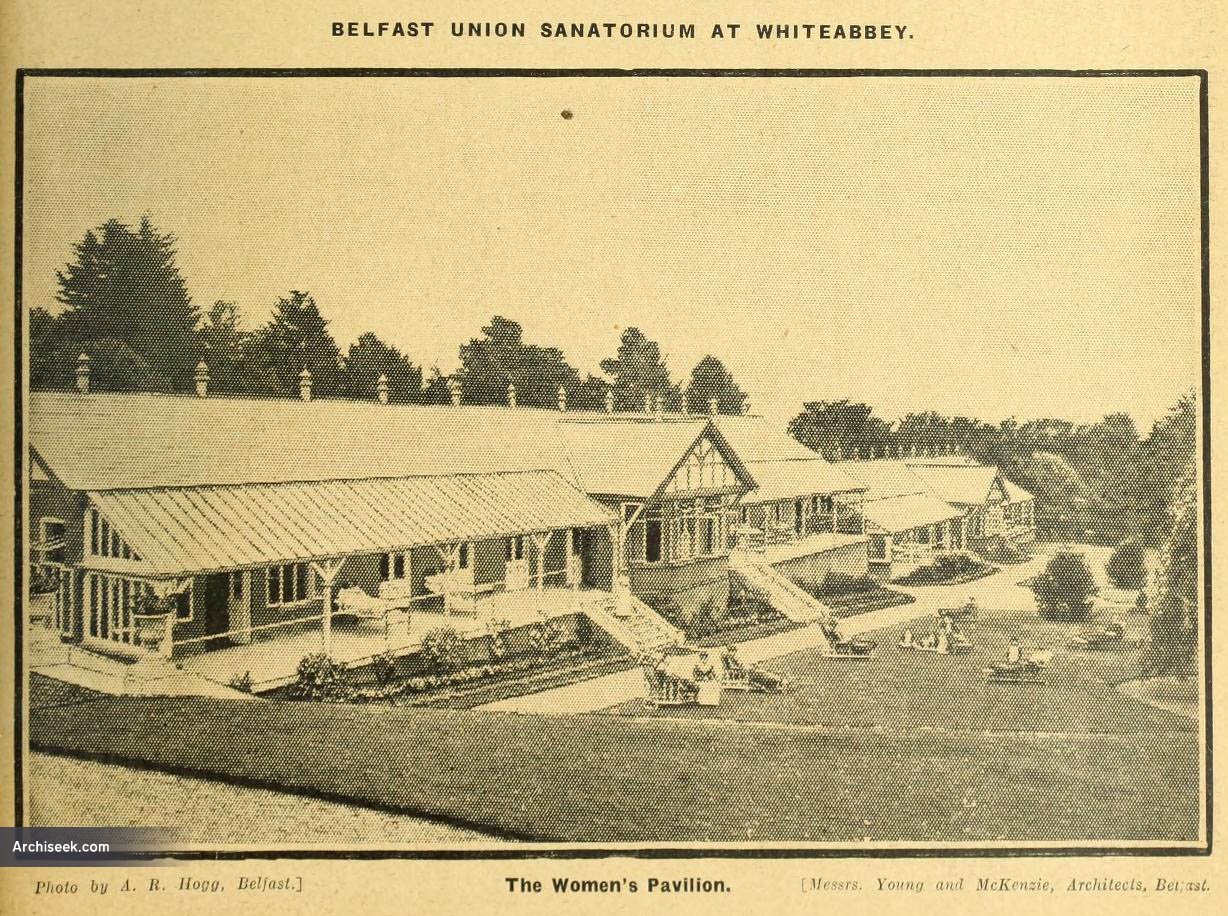 New sanatorium in grounds of The Abbey, former residence of Sir Charles Lanyon, for Belfast Union Board of Guardians. Lanyons house was adapted as administrative block, and four single storey pavilions and a 2-story hospital block were built around it.

The Abbey was designed by the renowned architect Charles Lanyon in 1850 for Richard Davison, the Conservative MP for Belfast at the time; the house is a large two storey mansion with an Italian architectural style. Charles Lanyon bought the house himself in 1862 and lived in the house with his family until his death in 1889. Following Lanyon’s death, the house was sold at auction in Belfast, and lay derelict until 1897 when it was purchased by the Granville Hotel Company, who intended to convert the house into a private tuberculosis treatment centre.

It was soon realised that Belfast needed a dedicated hospital for the treatment of tuberculosis, and in 1904 The Abbey was purchased by Belfast Union to function as a sanitorium. Plans were drawn up to build 4 pavilions and a two-storey hospital block to accommodate 265 patients. It opened in 1907 as an auxiliary workhouse for the treatment of tuberculosis; the 1907 annual report for ‘The Abbey Sanitorium for pulmonary tuberculosis’ stated that 311 patients were treated at the hospital, and 31 of those patients had died over the course of the year.

The hospital block still exists, at least two of the pavilions appear to be be still there although altered..