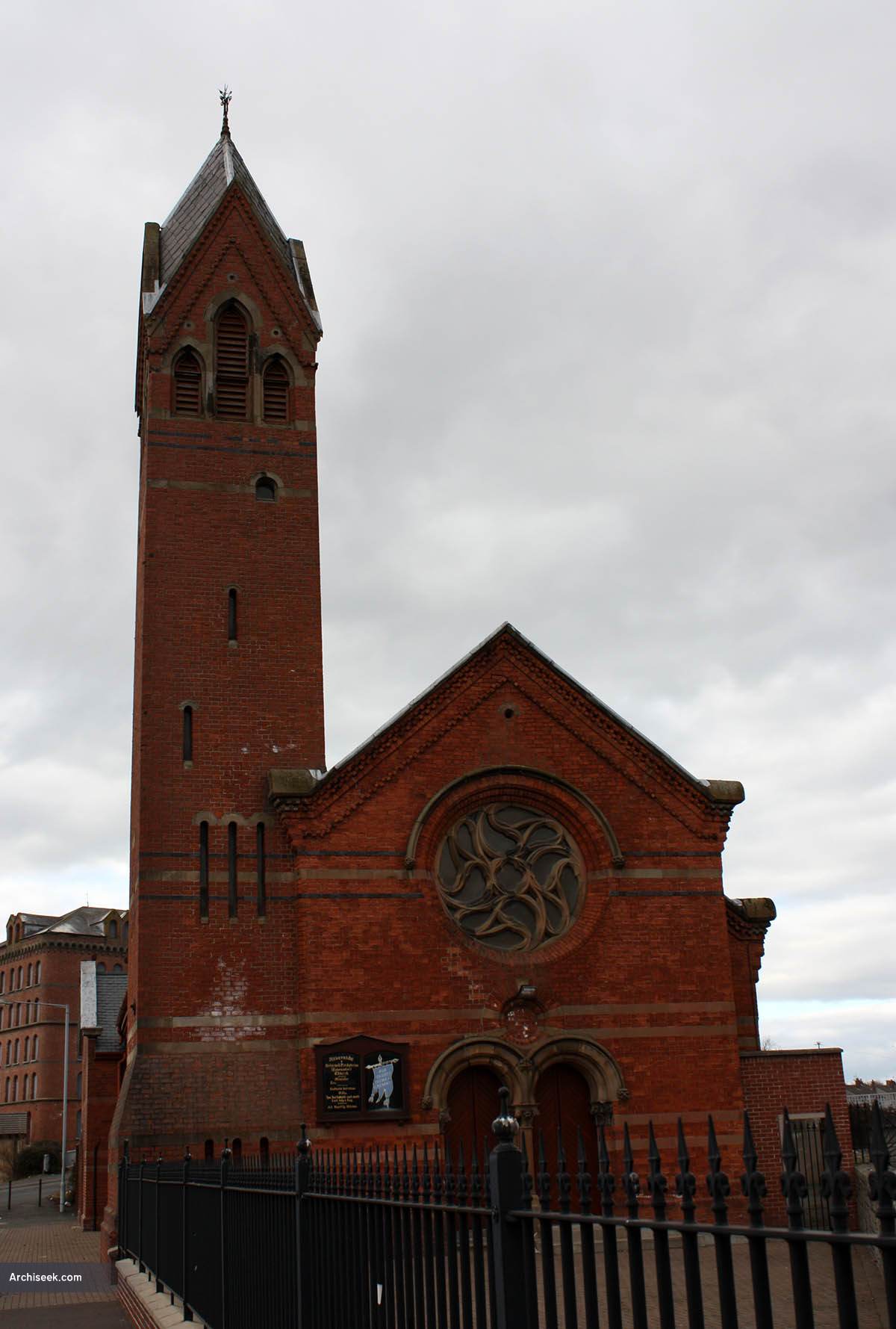 In the Lombardo-Venetian style, and described as “a style particularly suitable for the site on which it is erected, bounded on two sides by the river, and on a third by the canal”. This meeting house for Non-Subscribers was built beside the canal at the western end of town in 1884 after a move from the old meeting house in Needham Place, now called Patrick Street. Apart from the distinctive tower, the church has an unsual round window design.