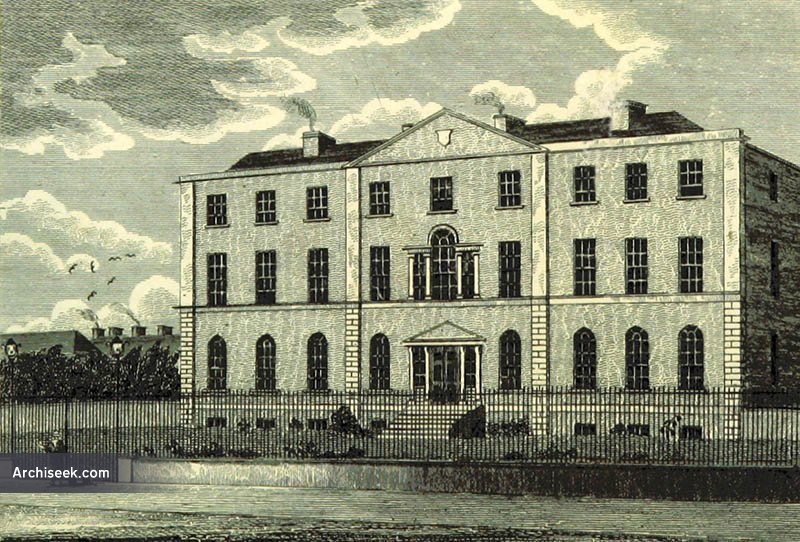 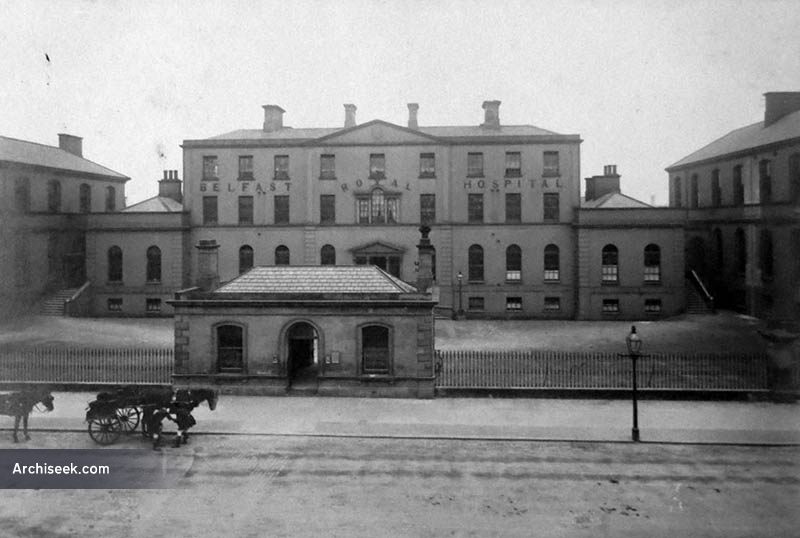 The Belfast Fever Hospital and General Dispensary, was originally located in Factory Row, before moving to West Street in 1799, and then to Frederick Street in 1817. The hospital originally had 100 beds. In 1847 it became the Belfast General Hospital. In 1875 it gained the royal charter, becoming the Belfast Royal Hospital, and in 1899 it was renamed the Royal Victoria Hospital. In 1903 it moved from Frederick Street to its present site.

As completed in 1817, the building was a 3-storey brick structure of nine bays with a Venetian window above a pedimented porch. Later extensions and wings by Charles Lanyon and William Barre. The railings and gate lodge were by Thomas Jackson. Demolished in 1903.