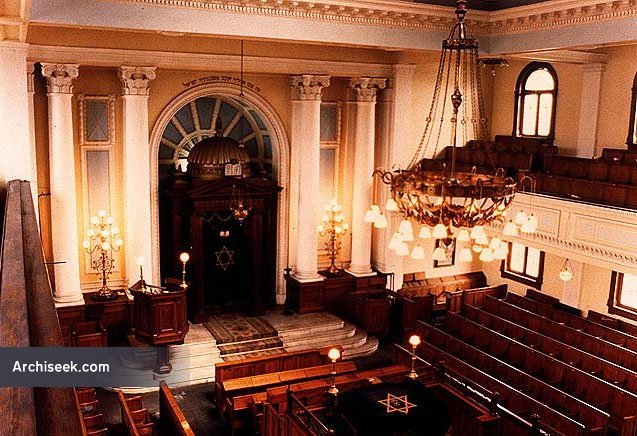 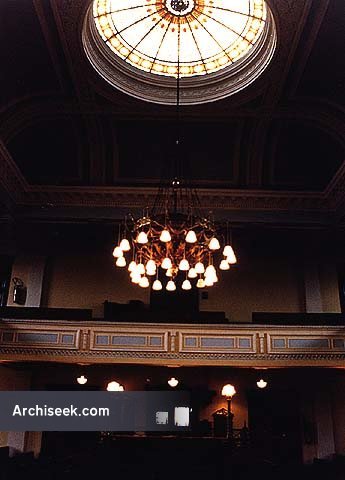 Former synagogue now in use as offices. Built on the site of Greenville House, which along with its demesne was sold in the 1870s. On 3 January 1941, the synagogue building was badly damaged by a German air raid. It was one of a number of synagogues built to serve the local Jewish community, as the area became known as Little Jerusalem following the immigration of Jewish communities fleeing pogroms in Europe in the late nineteenth century. The building ceased to be used as a synagogue in the early 1980s.

The interior was described in The Irish Times, June 27th, 1984 on the event of its closure – “The exterior of the building has deteriorated somewhat but the interior is still a source of wonder, with its pillars and ornate blue and cream plasterwork, the domed stain-glass roof-section in a kaleidoscope of colours and, the main attraction, a golden dome dully glowing over the Ark of the Covenant.”