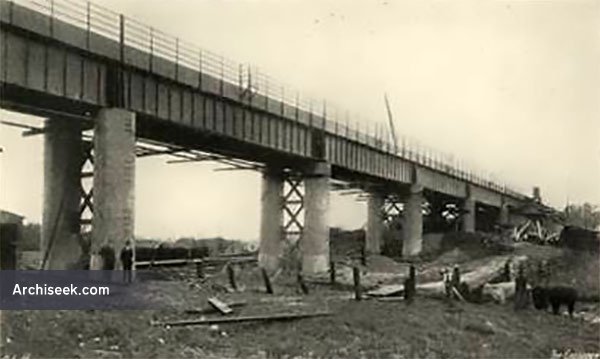 Only the gaunt steel supports of this railway viaduct now stand – both the track bed and the railway embankments having been cleared since the line closed. Because of the boggy nature of the ground, the columns were sunk using compressed air to depths from 25 feet to 60 feet to hit solid rock. Once in place the columns were filled with concrete and old iron railway girders, leaving them difficult to remove. The spans were of 50 feet each with a total bridge length of almost 400 feet.

There was a previous bridge on this site that was replaced by this construction. To keep the line open, the piers were constructed underneath the existing bridge bed and between the old bridges piers. The old bridge bed was then removed and the new bridge bed added in only fourteen days.