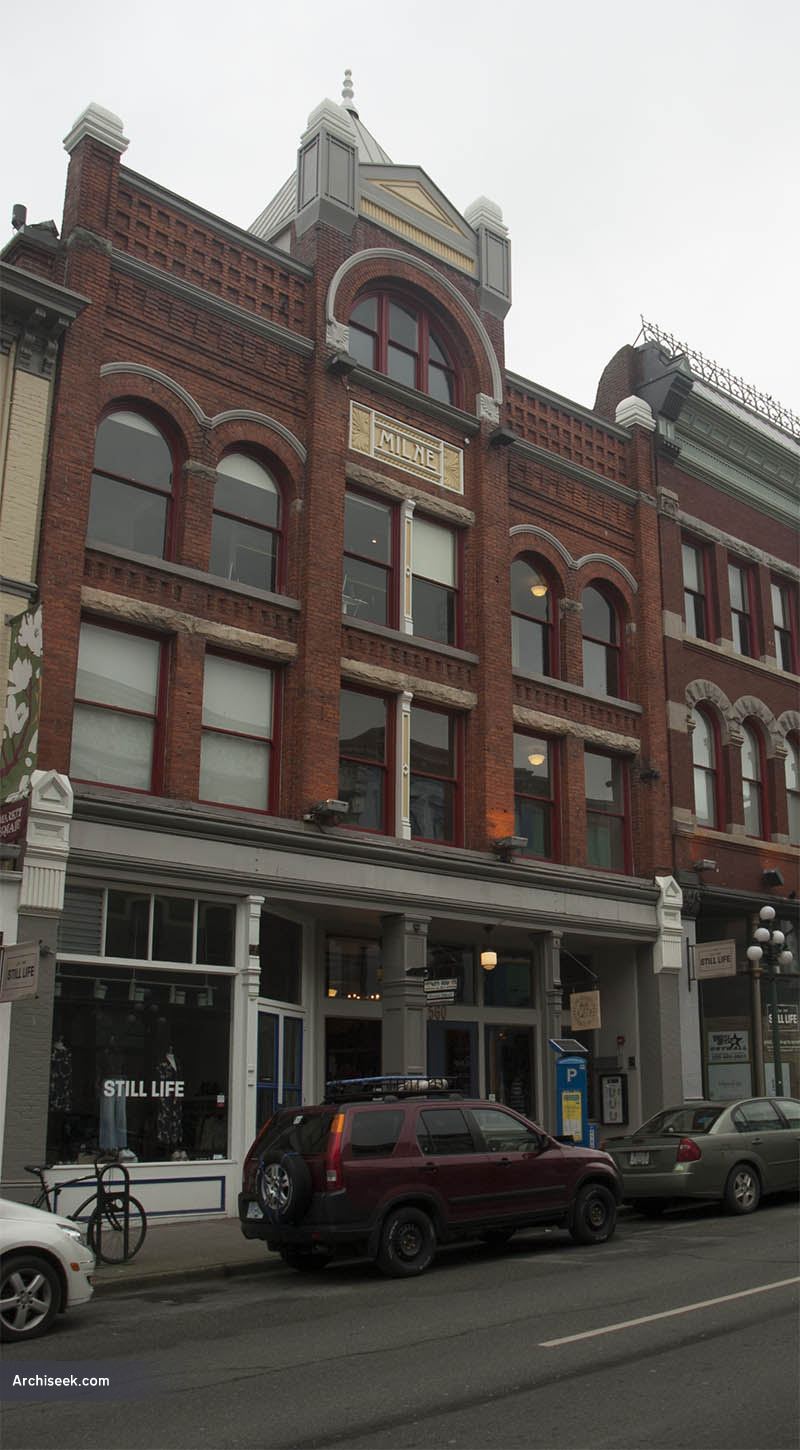 Built in 1891, the Milne Block was designed by prominent British Columbia architect, Thomas Hooper (1857-1935), who was one of the first local proponents of the Romanesque Revival style. Hooper had one of the province’s longest running and most prolific architectural careers, designing hundreds of commercial and residential buildings in the Lower Mainland and on Vancouver Island.