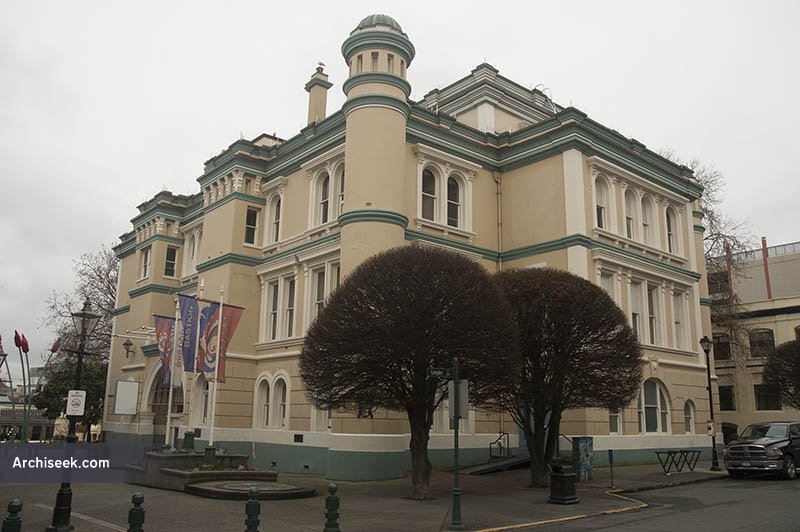 Completed in 1889, the Former Victoria Law Courts marked an important stage in the evolution of British Columbia’s court system. It was the first major public building built in British Columbia after Confederation, and its construction ushered in a concerted phase of courthouse construction throughout the entire province. Over the next seven years, it was followed by a succession of brick or stone court buildings in Vancouver, New Westminster, Vernon, and Nanaimo.

Now in use as a Maritime Museum after the new Law Courts opened in 1962, the building has remained unique in its electic architectural style, composed of various stylistic elements where utilitarian considerations of the building largely took precedence over aesthetics.