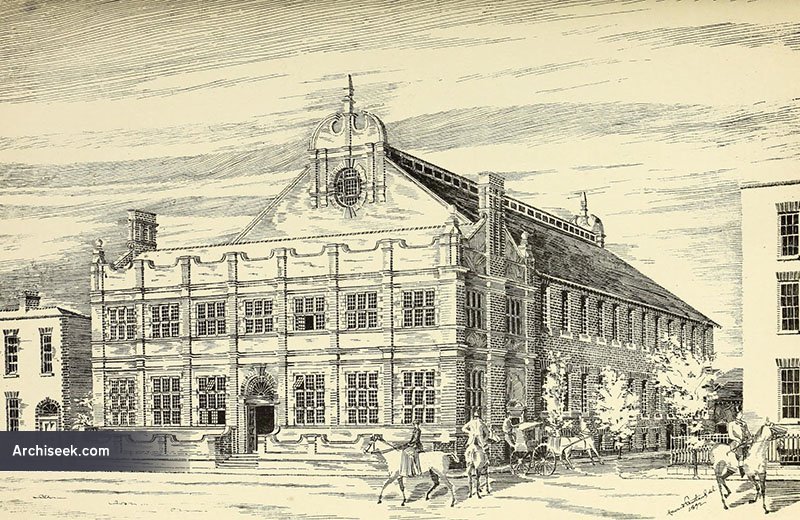 Built to back on to the railway line running into Connolly Station, where it had a short siding. Howard Pentland was responsible for a number of post office buildings around Dublin, but this is one of his most impressive. It originally had a large top lit sorting office on the second floor. No longer used as a sorting office, it is now commercial office space.

“The illustration which we publish to-day is a reproduction of a pen-and-ink drawing, exhibited in this year’s Exhibition of the Royal Hibernian Academy, by Mr. Howard Pentland, Bac. Eng., F.R.I.B.A., Chief Surveyor to the Board of Public Works. The building, which is being pushed on vigorously by the contractor, Mr. Samuel Worthington, is at the corner of Amiens-street and Preston -street, adjoining the junction of the Great Northern Railway and the Dublin Junctions Railway The position is a most central and convenient one for the English and Irish traffic, and has been necessitated by the great increase of the Parcels Post business within the last few years. The portion of the work in Mr. Worthington’s hands will cost some £9,000. Specifications have been prepared, and tenders invited for the hydraulic accumulators, lifts, and other plants, and others will shortly be invited for an electric light installation. The whole expenditure is estimated at some £16,000. The Amiens-street fayade is devoted to offices, while the rere is occupied by the stores, engine, and boiler-houses, van yard and sorting office, the latter having a steel roof of 70 ft. space, out of which is slung the basket gallery. A pair of steel Cornish boilers will supply the steam for both the hydraulic and electric plant, and the parcels will enter and leave the Depot by a bridge over the line connected to the several platforms by hydraulic lifts. The building will be faced externally with best quality Portmarnock bricks, with dressings of Skerries limestone, and plastered internally with Bloomfield and Co’s plaster.”