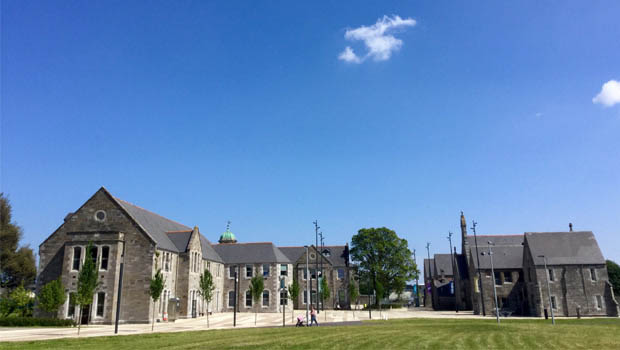 An integrated design team, led by architects O’Donnell + Tuomey has been appointed to design the new Academic Hub for DIT. The integrated design team includes Fluid Structures as civil and structural engineers, Delap & Waller as mechanical and electrical engineers, Duffy Gaffney Partnership as quantity surveyors, ArcDOX as BIM specialists and other specialist consultants.

As part of Group 91 O’Donnell + Tuomey were involved in the redevelopment of Temple Bar. The practice became widely known for their Irish Film Centre and the Gallery of Photography, including the former facilities for DIT Photography, for which they won the Downes Medal in 1992 and 1996 respectively. They have designed a number of notable buildings, including the Lewis Glucksman Gallery at UCC, the GMIT Furniture College at Letterfrack, the Centre for Research into Infectious Diseases at UCD, the Ranelagh Multidenominational School, which won the RIAI Triennial Gold Medal in 2005, and the Lyric Theatre (Belfast). O’Donnell+Tuomey are actively working on the redevelopment of the Central European University in Budapest, which incorporates a series of historic buildings within a World heritage site. Five of their projects have been shortlisted for the Stirling Prize including their London School of Economics Saw Swee Hock Students’ Centre in 2014. They were awarded the Royal Gold medal in 2015 by RIBA

The Academic Hub will encompass a single new library for all of DIT on the Grangegorman campus. It will also be the new home for the award-winning Learning Teaching and Technology Centre (LTTC) and will include some student services such as the Careers Development Centre. The design of the Hub, which will complement and support the development of the Central and East Quads, will incorporate North House, which is one of the protected structures on site which has been repurposed for academic use. It is currently home to the School of Creative Arts and to students of Photography, and this week hosts the annual Graduate Exhibition, UNCOVER.