A new book on the prolific Ulster architectural practice Young & MacKenzie has been published by the Ulster Architectural Heritage Society and was launched on 17th November at one of the keynote Belfast buildings which the firm designed. Titled “Architects of Ulster: Young & Mackenzie – A Transformational Provincial Practice, 1850-1960” the book is written by Belfast-based architectural historian Dr Paul Harron. 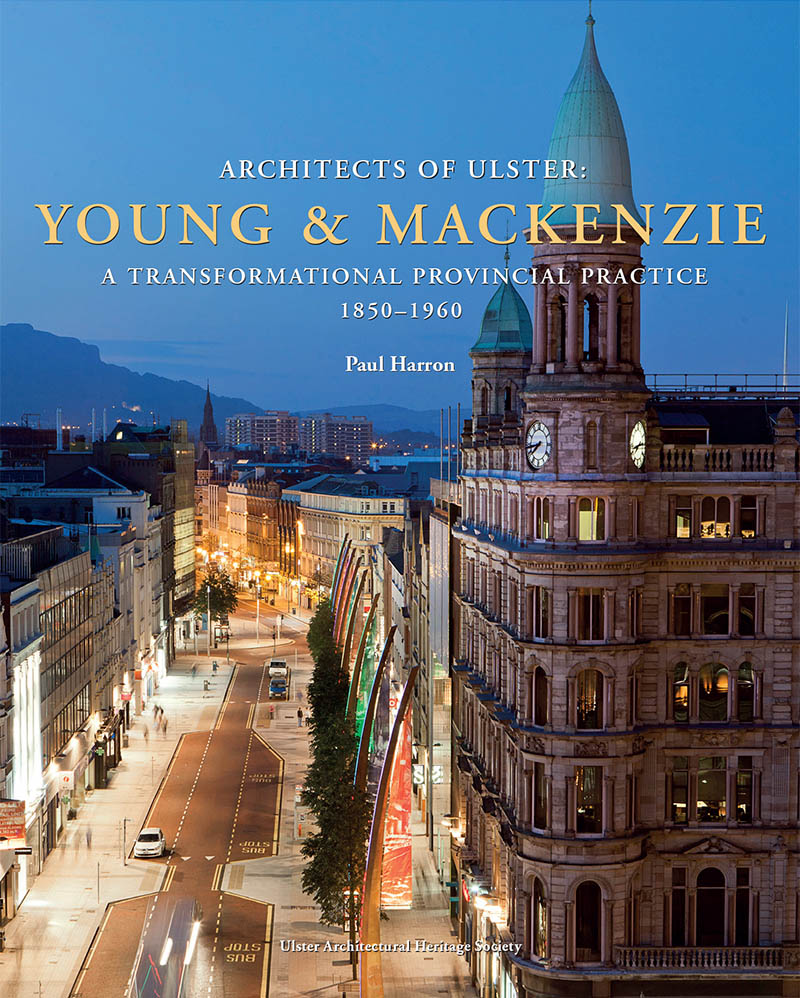 The book documents the work of this vibrant Belfast-based architectural and civil engineering practice which was established in the early 1850s and survived for three family generations, quickly becoming pivotal to the transformation of Ulster’s built environment. This ‘powerhouse’ of provincial architecture designed large-scale keynote Belfast structures such as the Presbyterian Assembly Buildings (or ‘Church House’), the Ocean Buildings and Scottish Provident Buildings, as well as Robinson & Cleaver’s and Anderson & McAuley’s department stores along with scores of other buildings which make up much of Ulster’s architectural fabric.

This attractively designed 400-page volume features over 600 colour images including many archival images reproduced for the first time, and is the latest publication by the UAHS which is known for its high-quality publications on the built environment.

The author, Paul Harron, says, ‘This monograph presents a story about business connections, patronage, survival and exceptional longevity, and a chronicle of the radical physical development of Ulster. It also provides an insight into the life of a firm of architects and notable historical Belfast figures, including Robert Young, the founder (who became an Irish Privy Councillor) and his historian son, Robert Magill Young. Buildings as well as people have fascinating stories to tell and I hope that this new book on Young & Mackenzie’s work will help make these building and the past come alive. It will interest all kinds of readers, from those who are intrigued by buildings as well as those interested in the history of this place especially from the Victorian period through to the twentieth century and indeed visitors to our towns and cities, especially Belfast.’ The volume covers commercial, institutional, domestic and ecclesiastical buildings and includes a comprehensive gazetteer of the firm’s output.