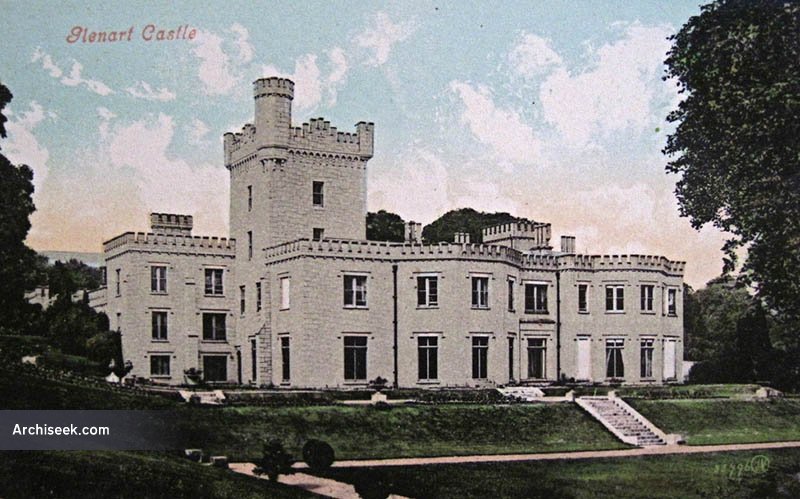 Originally a hunting lodge of ca 1750, enlarged as a castellated style house during the early 1800s by John Proby, 1st Earl of Carysfort. Later extended by Parke Neville in the 1840s and known as Kilcarra Castle. Glenart was enlarged and extensively renovated again in 1869 to designs by John McCurdy giving it a rather severe appearance.

The Castle was partially burnt in 1920, but the family continued to reside in the undamaged section. It was sold to a religious order in the 1940s who added the vast wing of bedrooms. It is now a hotel.