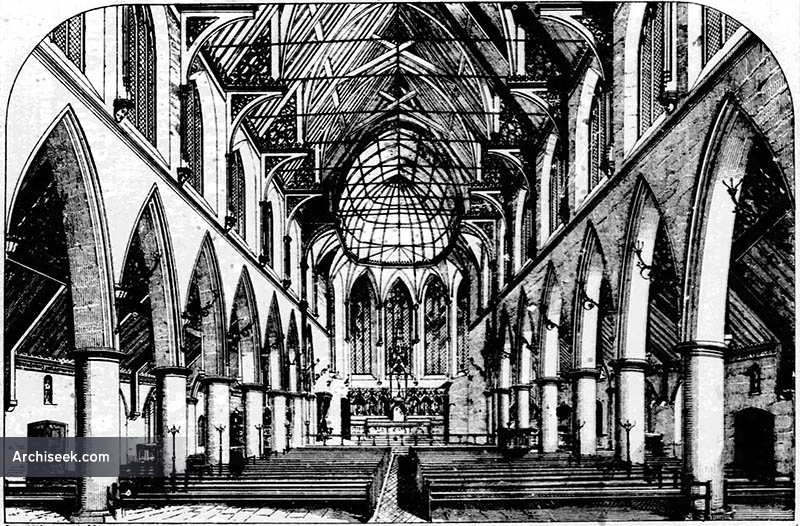 Originally constructed as a parish church, it was designed by Fr Jeremiah Ryan McAulay, who had trained as an architect before joining the priesthood.

“The architect for the whole of the buildings from their commencement to their competition was the Rev. Jeremiah R. McAulay, of Belfast – who some time since abandoned the compass and T-square for the sacred profession which he now holds – on whom they reflect the greatest credit, more especially as the rev. gentleman was hampered in a great many details, as most architects are.” The Irish Builder January 15 1867.

St Peter’s was later raised to be the pro-cathedral for the Diocese of Down & Connor, until 29 June 1986, when it became a cathedral.

The exterior is of Scrabo sandstone with Scottish sandstone dressings. The Cathedral is a less ornate and smaller version of the great French medieval cathedrals. The exterior is quite simple in design, the most intricate detail being found on the twin spires.

Internally the Cathedral has few original furnishings, having undergone several refurbishments in 1950, 1986 and 2003-2005. This most recent work has restored the Cathedral much nearer to its original appearance, especially in the use of strong and vibrant colours, on the fine hammer-beam ceiling