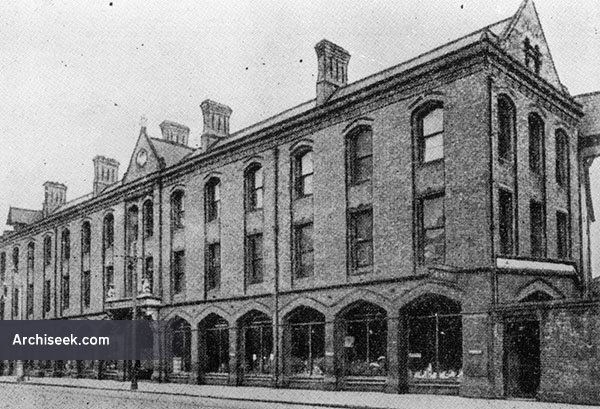 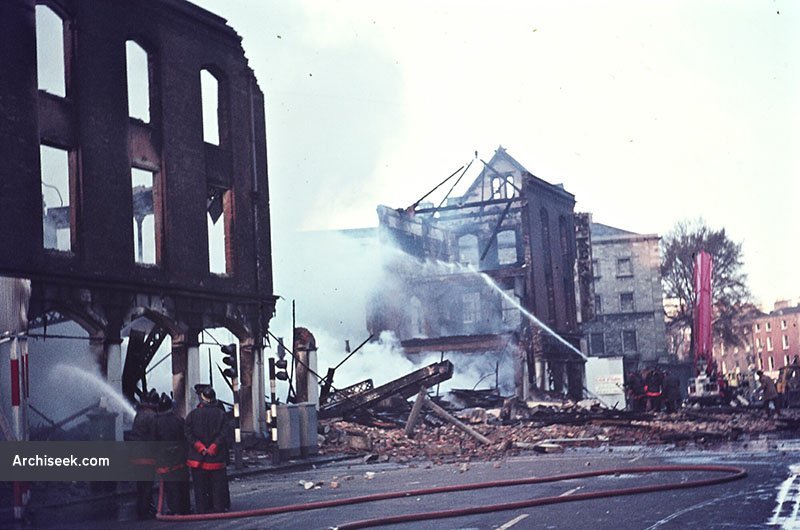 Large hardware and seeds warehouse for Thomas McKenzie & Sons designed after a competition by O’Callaghan. Finished in red brick with Ballyknockan granite dressing, the interior was of wood beam and iron columns construction. Destroyed by fire in April 1970. The site was rebuilt as an office block.

“THE site of above premises is an admirable one. It comprises the large space heretofore known as Clarendon’s Horse Repository and Riding School, situate on the south side of Great Brunswick-street. The old buildings have already been removed, and the new work commenced.

The style adopted is Early Gothic freely treated, to suit the modern requirements of an extensive trade in the agricultural implement and seed lines. The principal materials will be granite from Ballynocken quarries, and Irish bricks, red bricks being used for facing.

The plans were obtained in a limited competition, and have been prepared by, and the works are being carried out under the immediate superintendence of Mr. J.J. O’Callaghan, F.R.I.A.I., architect, Harcourt street. Mr. James Donovan, Dublin and Dalkey, is the contractor.”