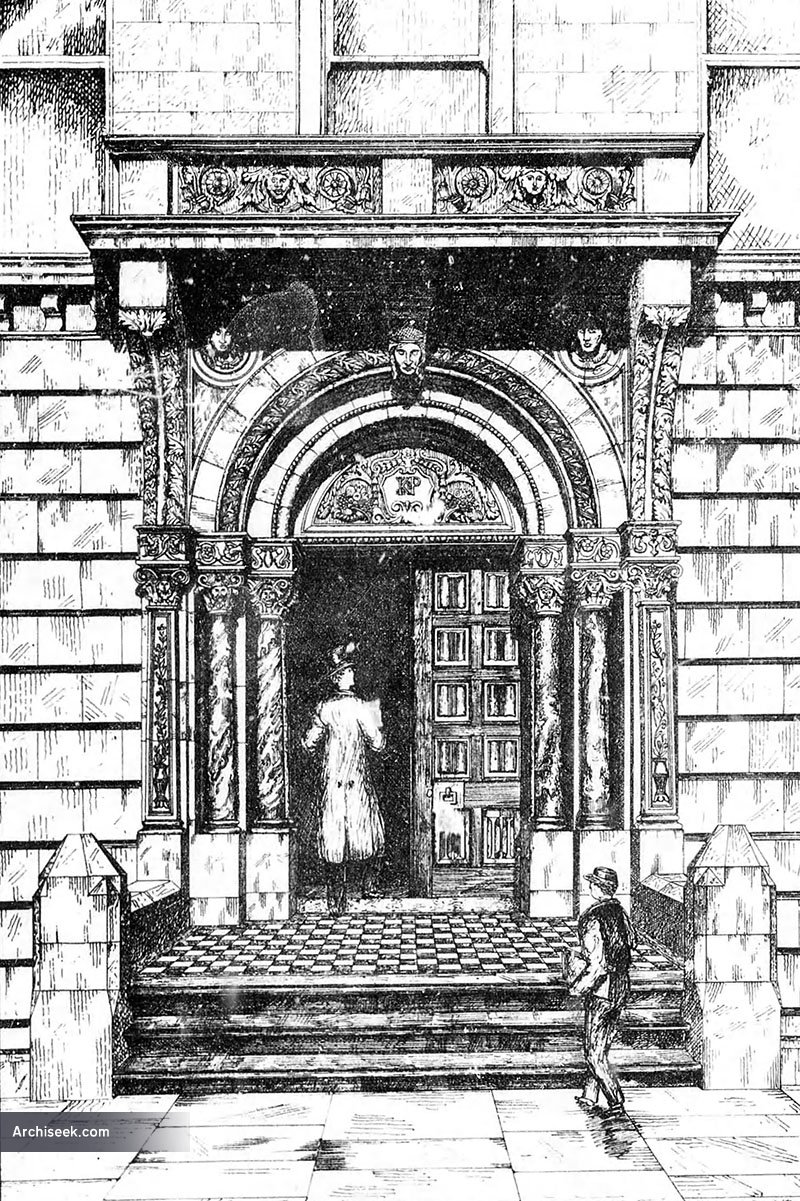 Constructed between 1878 and 1880, and demolished circa 1970. William Kirk & Partners was a linen wholesale warehouse and described as being in the Venetian-style. Replaced by an office building for the Northern Bank, now Dansk Bank. 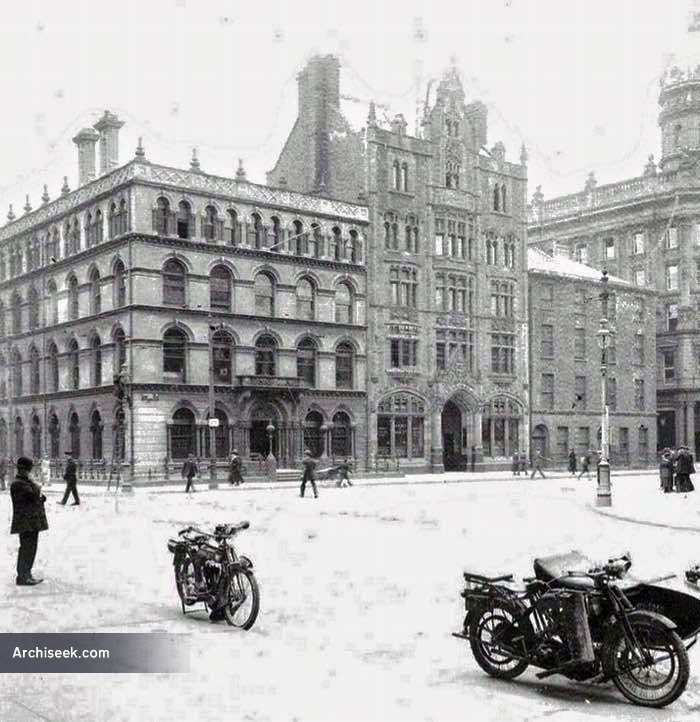 “… designed to indicate in some of its features, the departments of the linen trade carried on by the form, who are extensive exports of finished linen to all parts of the world. The flax-plant in flower is carved on the pilaster at each side of entrance, whilst the heads placed between folds of linen in the caps represent different nationalities who use the fabric. The outer arch mould is enriched with a rope ornament of banks of yarn, between which are placed olive branches. The panels of the doors, which are of teak, are also carved in a linen pattern. The inner doors carry out the same idea in stained glass inserted in the panels. The doorway is constructed of white sandstone, with polished green Irish marble shafts.” The Irish Builder, September 1 1882.