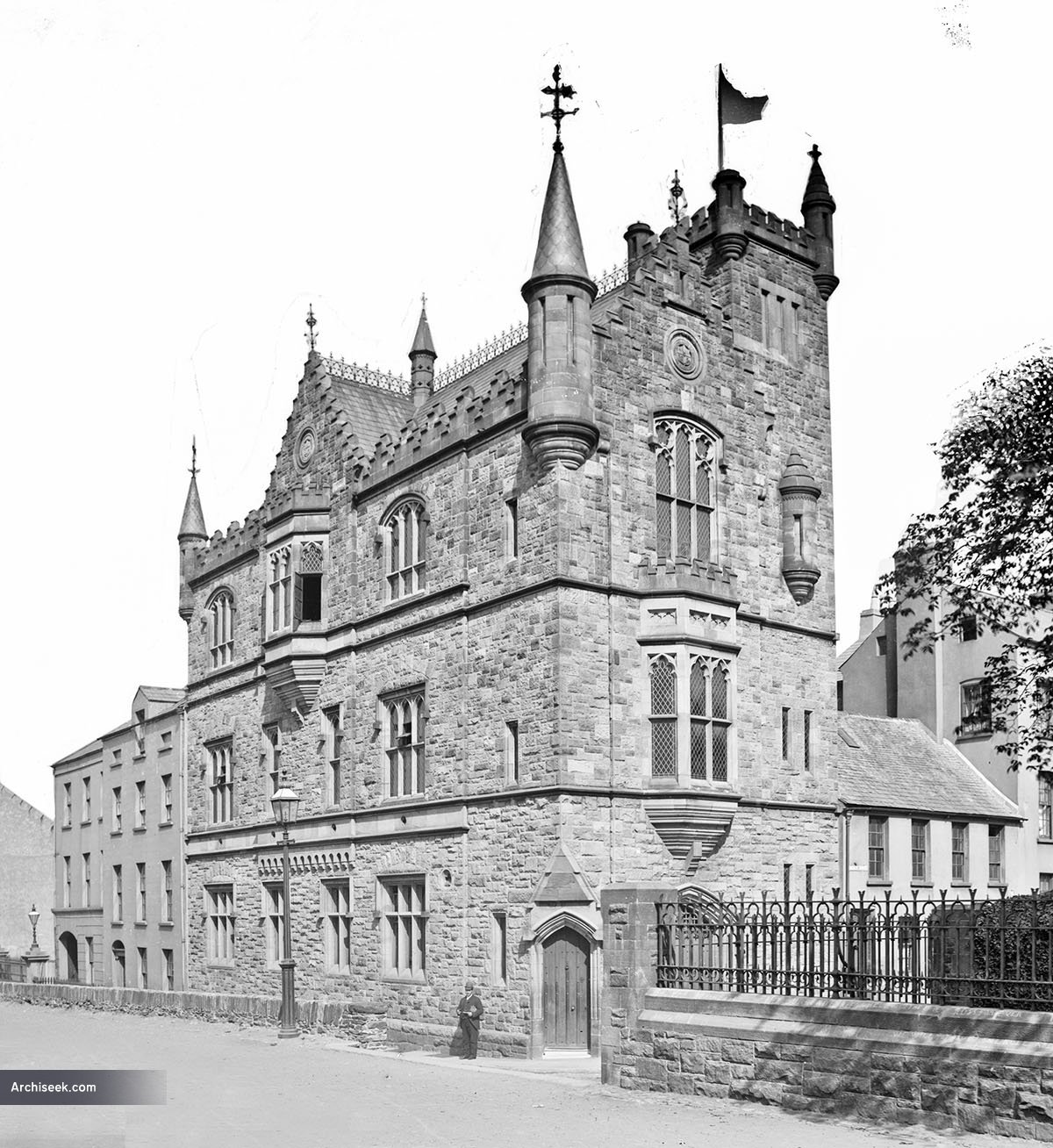 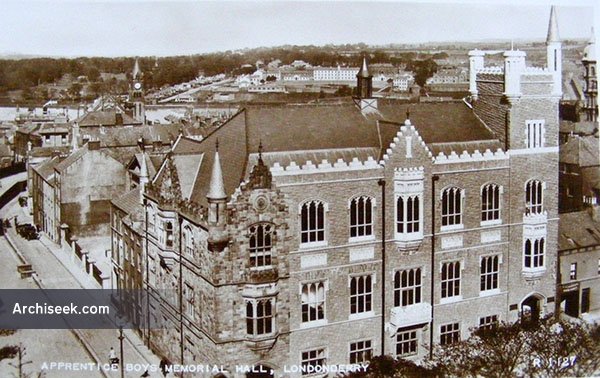 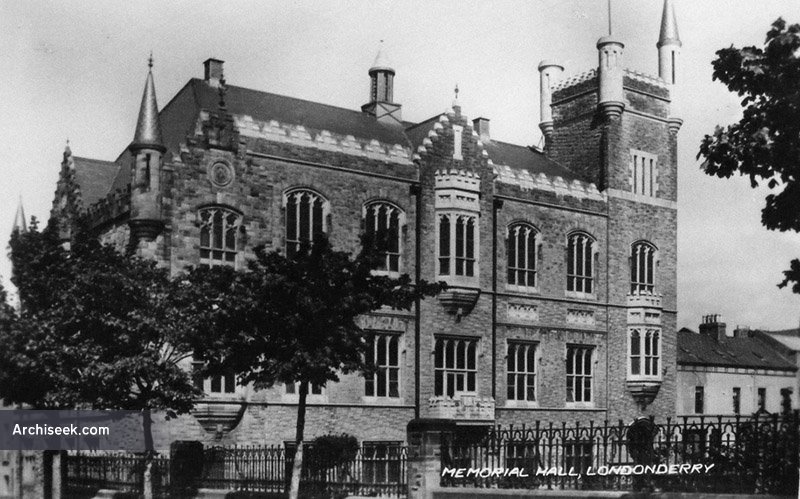 The original part of the Hall was opened in 1877, and dedicated to the memory of the thirteen apprentice boys who closed the city gates in 1688. Designed by John Guy Ferguson. In 1937 the hall was extended along Society Street to designs by Robinson & Davidson. The extension is dedicated to the memory of those who died in “The Great War” of 1914–1918.

It now houses the headquarters of the Apprentice Boys of Derry Association, with its office and debating chamber. All new members are initiated in the hall. Other organisations such as the Orange Order and Royal Black Preceptory have separate accommodations in the hall.