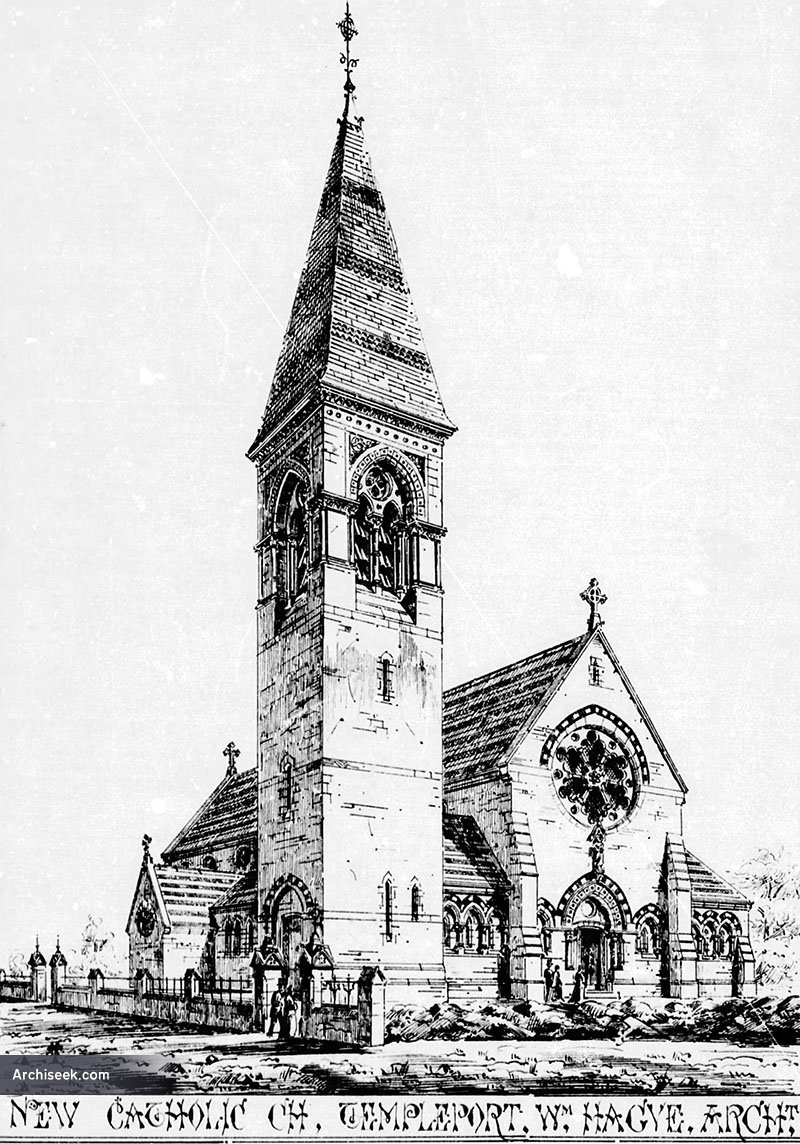 Designed by the Cavan-born church architect William Hague and was dedicated on the 12th April 1868. It is located in a ring fort where St Patrick is reputed to have built the first church in this area. Unfortunately the tower and spire were never completed – the tower being left as a short stump. Inline with Vatican II, the interior was remodelled with the removal of altar railings and original fittings and decoration.

“The masonry is of local limestone, hammer-dressed, with sandstone dressings and Bath stone tracery, caps, bosses, &c. The columns between nave and aisles are of Cork red marble, with bold carved caps and molded arches. The roofs are divided into panels between the curved trusses and plastered, to be hereafter decorated in color.

The floors are formed of black and red tiles in passages and boarding in nave and aisles, the chancel being laid with encaustic tiles. There is considerable quantity of carving both on the exterior and interior, which has been well executed by Messrs. Sibthorpe and Son, of DUblin, who also supplied the Bath stone and marble.

The dimensions are as follow: – Total length in clear, 76 ft.; width of nave and aisles 40ft.; width of chancel 18ft.; height from floor line to ridge of nave roof 40ft. The height of the tower is 90ft., and it is intended hereafter as funds permit, to put up a large bell in the chamber prepared for it.

The three altars are to be of Caen stone and marble, with inlaid spars and crystals and figure subjects in the panels. The high altar is to be enriched with a lofty throne and canopy over the tabernacle, and the altar railing formed of various colored woods designed with columns and carved caps, having richly-carved panels between. The total cost will be £3,500.” Published in The Irish Builder, March 15 1868.