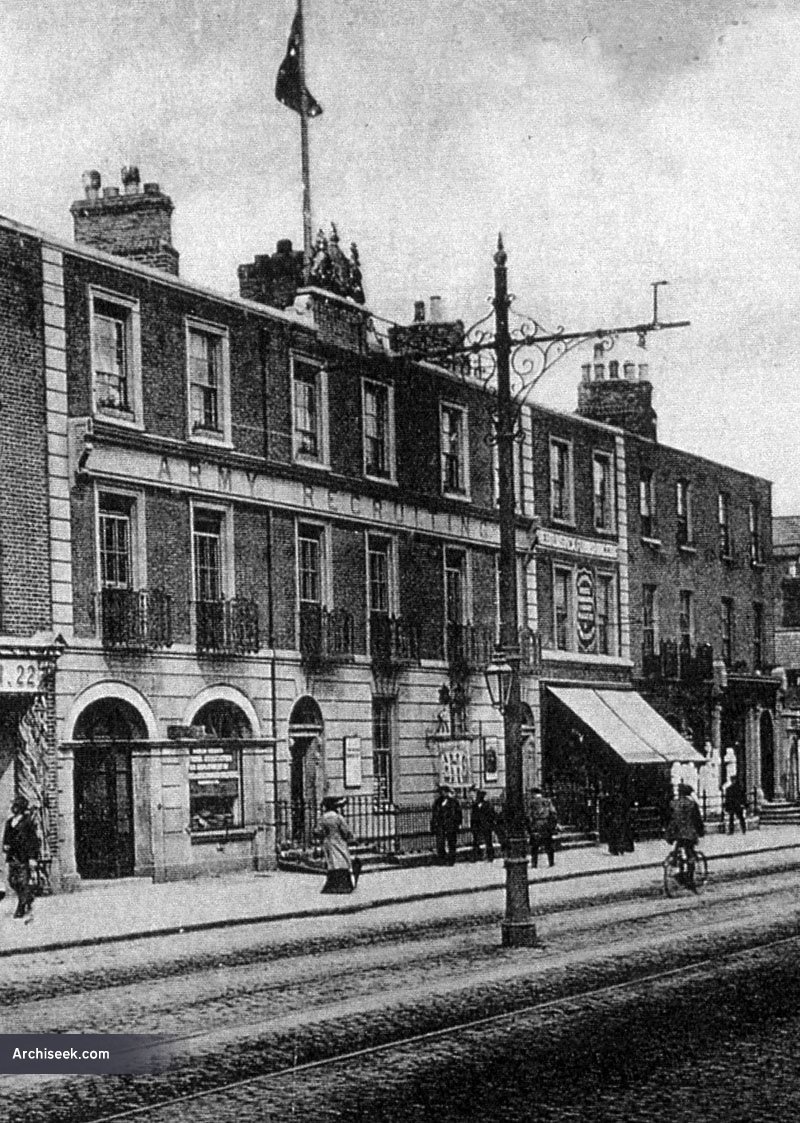 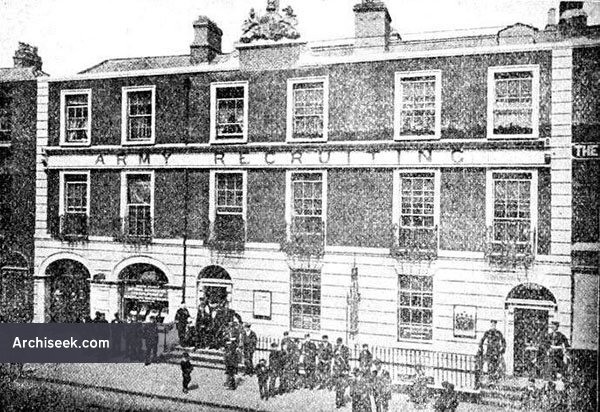 Nos. 23–25 Pearse Street, then Great Brunswick Street, served as the main recruiting office of the British Army between 1910 and 1924. As a result thousands of new recruits registered to serve in that office prior to the First World War. Thousands never returned. The buildings are now part of an adjacent hotel, minus the decorative signage and arms atop the parapet. The arms were removed after Independence, with the signage initially repainted before removal.