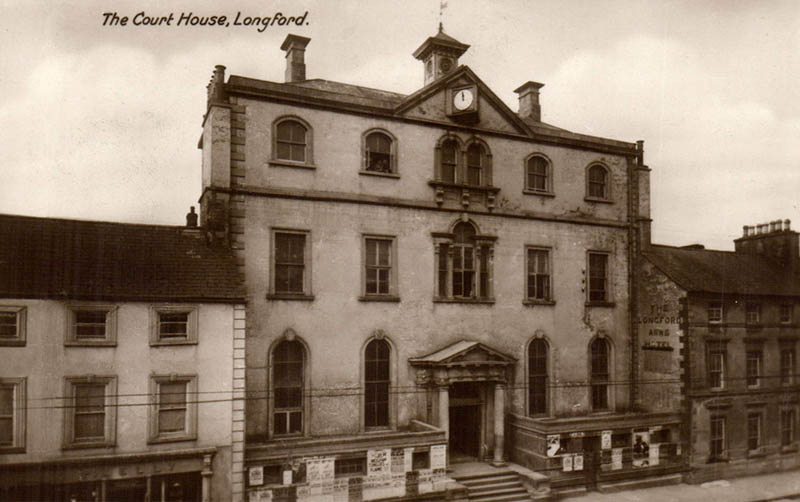 Longford Courthouse is a 5-bay, 3-storey over basement building constructed in 1790, with a fine Doric pedimented entrance doorcase, and a central first-floor Venetian window above. The building is finished generally in lime plaster with limestone dressings at windows. The architect is unknown.

The plan is a symmetrical arrangement on two storeys over a bridewell basement. Steps lead to a Doric entrance door-case with a central first floor Venetian window above. The attic storey was added in 1859 to 1860 and a pair of single storey bridewell extensions were added to either side of the street entrance about 1900.

Closed in 1994 due to its poor condition and concerns for fire safety. During a restoration in the early 21st Century, the projecting bridewells and the 1860 rear extension were removed, leaving the original 1790s building to be completely restored.